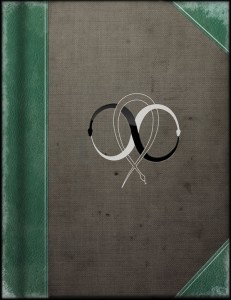 Carla Speed McNeil’s FINDER is both dense and inviting. Characters appear and disappear, panels jump from dreamscapes to reality, from flashback to flash forward. But each page further illuminates this lush and expansive sci-fi universe, and a little patience with the story pays enormous dividends later on.

Originally self-published in the late ’90s and early ’00s, FINDER has slowly made its way to Dark Horse, first in two enormous library editions and then an original graphic novel, VOICE. In addition, DARK HORSE PRESENTS is home to an ongoing FINDER story called THIRD WORLD. And while there’s much to love throughout the series, there’s one story that seems to resonate with fans above the rest: TALISMAN.

TALISMAN is tucked into the end of Dark Horse’s first FINDER Library Edition. It’s a small, relatively self-contained side story starring a minor character from the overall storyline. Although his influence is felt, Jaeger, the series’ hero, barely appears. The story is a fan favorite anyway, and it’s no surprise that Dark Horse has chosen to release a handsome hardcover edition, offering an excellent jumping-on point for the series.

Marcie is a young girl in a family often preoccupied by their own problems. Her father is recovering from a grievous injury and takes out all his frustrations on his family, mostly in the form of verbal abuse. The family is visited by Jaeger, who occasionally “turns up like the neighborhood cat.” He presents Marcie with a book, and he reads from it the most amazing stories that embed themselves deep in Marcie’s psyche. But alas, Jaeger never stays long, and Marcie can’t read. The fantasy world remains locked inside the book she treasures so much. She asks others to read it her, but it’s somehow never the same story as when Jaeger tells it.

As Marcie grows up, she longs to be able to write the story of her dreams, and her frustrations are easy to identify with for anyone who’s ever tried to create something and been unsatisfied with the results. TALISMAN is a story for those of us who look at others and wonder how they make it look so easy.

Through Marcy’s story, McNeil is probably giving us a glimpse at her own creative biography, and she points out that learning to create stories doesn’t come naturally. It takes practice and repetition, like learning an instrument or a new piece of software. The story unfolds and intertwines with a profound essay on the creative process, and McNeil lands a flurry of high-scoring literary punches in TALISMAN’s relatively slim 96 pages. Dark Horse has done well to give new readers another chance to be charmed by this story.

Although an aside in the overall FINDER world, Marcie’s story is simply one of the best bits of fiction on the shelves. An authentic and absolutely inspiring work, TALISMAN is worthy of its own hardcover edition.

(A little taken aback by the price tag (Scottie say: $75 USD) of the hardcover edition? Try the $8 digital edition instead.)