R.I.P. Wizard Magazine. I never really read you and I’m not really going to miss you. I know that you were responsible for getting a lot of people into comics (sometimes for the wrong reasons *cough*speculators!*cough*) so I’ve got to appreciate that. I’ll see you at your conventions! (Let’s go a little easier on reality stars and wrestlers this time, okay?) Oh, and for the record Frank Miller probably doesn’t give two shits about Wizard anymore, and I doubt he’ll comment, but I’d still like to hear what he has to say.

Hey that Sean Murphy sure is something isn’t he? You probably knew that already because you’re all buying Joe the Barbarian book. (It’s that book that made me totally forget about Quitely Plain and Tall.)

Website you need to check out of the day: KANYE PLUS COMICS. Basically Chris Haley (of, I believe, the fantastic webcomic Let’s Be Friends Again) combines relevant Kanye West lyrics (which are every. single. one.) and juxtaposes them with iconic comic book pages/panels/images/etc. It is beyond dope and I highly recommend you all check it out.

Colleen Coover has – for a very long time – been one of my favourite artists. It’s probably the fact that she injects so much personality into her characters in a very simple (to the eye, at least) way. Of course, if she did nothing but draw moppet Dick Grayson for the rest of her career I probably wouldn’t get mad at her. She recently posted this on her website: 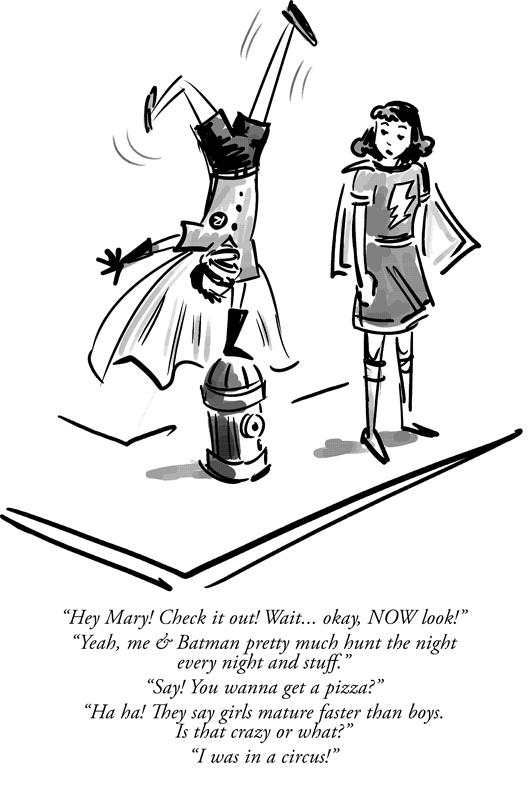 Man, is that great or what. I haven’t been this enamored of a Robin since Quitely took on Damian or Paul Pope showed us what a Teenage Sidekick would really be like.

I’ve come to the conclusion that It’ll be a while before I’m interested in the DC Universe at large. It’s too…. white. Remember how awesome it was in Final Crisis when Morrison gave us the Super Young Team? The promise that was the Great Ten? The cool moments that Greg Rucka imbued into each of the globe-trotting story arcs of Checkmate? 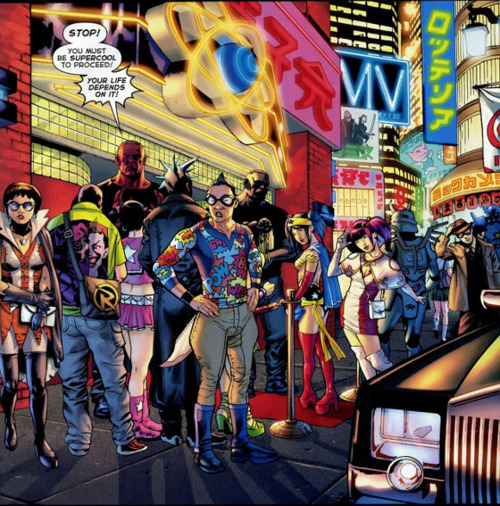 Basically I’m tired of having all the action happen in a major American metropolis. I’m glad that Morrison is doing his thing with Batman Inc, building more and more multicultural superheroes; but it feels like they’ll fall to the wayside when Morrison is done with them. (It happens a lot) I also enjoyed Kyle Higgins’ Nightrunner (a Muslim Parisian recruited by Batman)  from the Batman/Detective Annuals – of course those were met with some controversy. 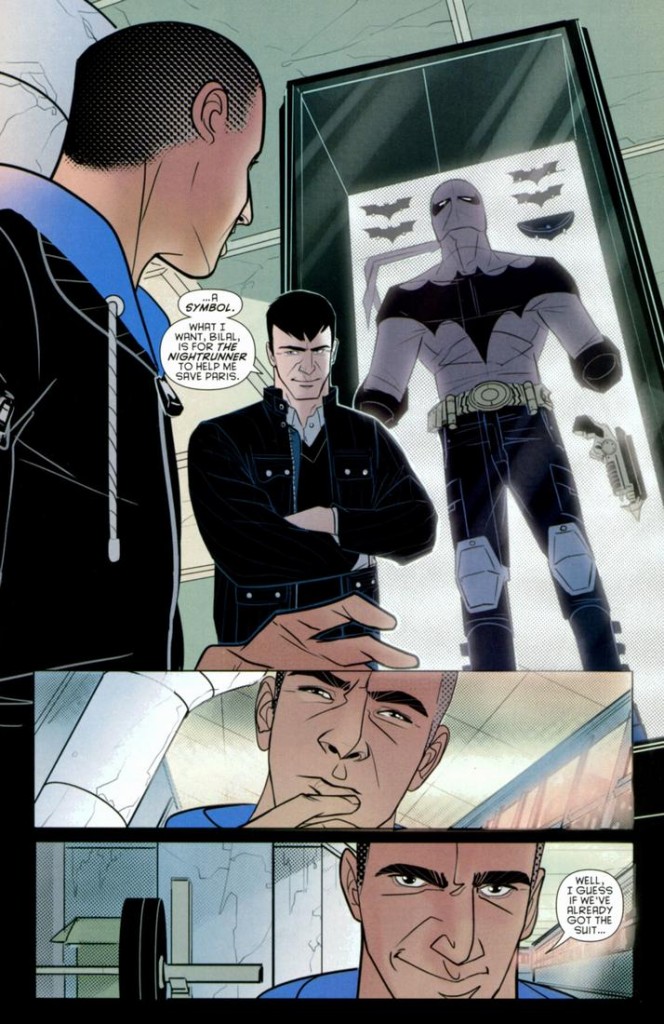 Are superheroes mainly American because we created them? Do they just not work when they’re not white and American. I think I’ll explore this in much more detail in Thursday’s column.