“I thought we had moved on from a time when a non-white Anglo-Saxon character might be seen as unusual.”

– Writer David Hine addresses recent controversy over the introduction in Detective Comics of Nightrunner, a French Algerian Muslim recruited by Bruce Wayne to be part of Batman Inc.

I talked about it briefly last Tuesday and I figured I’d put some more thoughts down to better clarify my position. What I want to read in superhero comics is something completely different; and what I’ve noticed that no one, with the exception of Grant Morrison, is doing is showing up what other cultures’ superheroes would be like.

I feel we’ve explored every faction of North American superhero, now I want to see how the notion of a brightly clad, super-powered ultra-beings would be shaped and/or would affect that specific city.

The one thing that I’ve really enjoyed about Morrison’s Bat-run has been the moments when he’s shown Batman’s effect on other cultures.

I had a friend who lived in Japan for a few years: she said that the wonderfully crazy thing about Japan was that they were all obsessed with American culture. They’d mimic it, but it was like one thing got left out and that’s why we see these beautiful things like those crazy game shows and fashion that’s a blend of three different styles that we’d never think to do. (Just the idea of a Gothic Lolita isn’t something I could possibly imagine until I was informed by a customer.)

What I enjoyed about characters like Morrison’s Super Young Team or the current Knight and Squire mini-series is that we’re getting traditional Superhero stories told through the filter of a different culture.

I guess what I’m getting at is not that I want to read more than just the traditional “white Anglo-Saxon superhero”; I want a superhero whose raison d’être is influenced by something foreign than everything else.

R.I.P Clement Sauvé. You had so much more to give than 33 years and it’s a true shame that we won’t get to see you continue to grow as an artist. Kevin Boyd of the Shuster Awards writes with far more eloquence than myself about this amazing artist down far too early.

Farel Dalrymple, artist of Pop Gun War and Omega the Unknown, is a pretty damned great artist. Check out his Batman below and tell me you wouldn’t want to see him take a crack at the character: 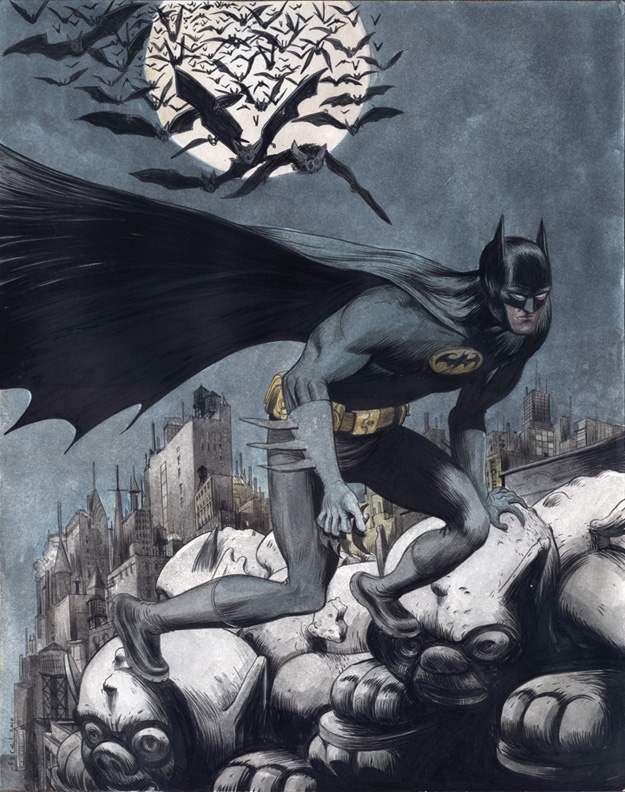 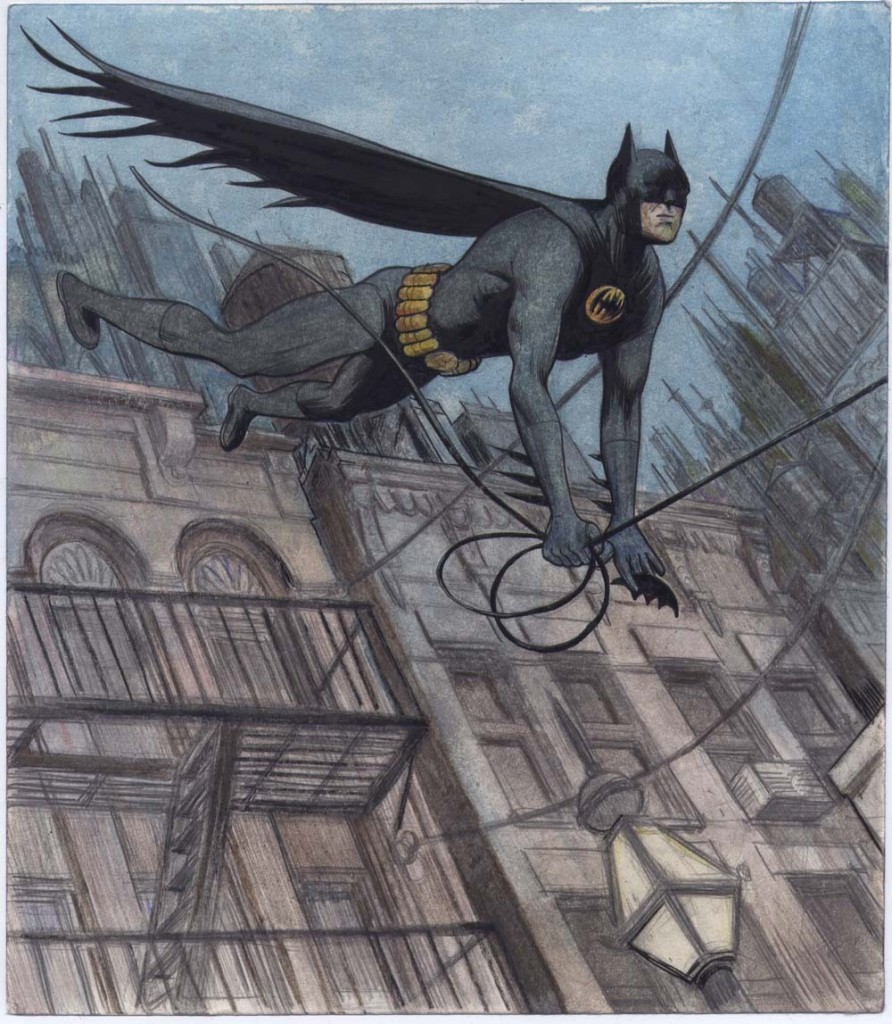 If you’ve followed his work at all you know that he’s very adept at drawing cityscapes that are both incredibly realistic, but fantastical at the same time. I’m looking forward to more creator owned work for him, and I hold out hope that one day he might re-team with his Omega the Unknown cohort Jonathan Lethem to do an adaptation or graphic novel similar to “Gun, With Occasional Music“, a book that I think Dalrymple could knock out of the park.

Up Next Week: I write about the authors I’d like to see tackle which comic book properties!