It’s been just about a month now since the Jack Kirby Estate and Marvel settled out of court in what has been an ongoing battle not only between the heirs of Jack Kirby and Marvel , but the ongoing argument that has gripped comics fandom since around 1970 when Jack left Marvel for DC after years of what he felt was shoddy treatment when it came to the recognition of the material he co created with Stan Lee. 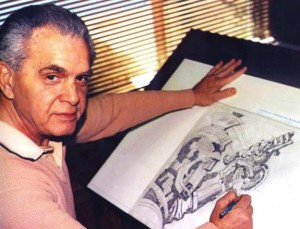 Now before people start yelling at me from either side of the argument, let me just state for the record that I love Jack Kirby’s body of work. Without him we would never have had the slow but inexorable growth of the comics industry that we all love. I truly believe that without Jack the industry would be dead. It was from his imagination that the Silver Age of Marvel exploded and here I am 46 years after having discovered the Fantastic Four, sitting in front of a computer and still loving and writing about his beloved creations.

However he did not create them in a vacuum. He and Stan Lee were a mighty and potent team and I know all about the heated arguments about who created what, and who was more important. These kind of arguments exist in all kinds of creative endeavors. Whether in comic books, music, or any collaboration the simple answer devoid of ego is the sum of the parts is greater than the whole.

To use one of Stan’s phrases…Enter…Greed . We human beings can make a good thing messy. I’m happy to see that this has been settled. It was an ugly and unnecessary battle, and like in any divorce the winners were the lawyers. In a perfect world you would have thought that the characters who brought such joy to so many people for so many years would have been easily shared between Marvel and Kirby. But alas, no.

So how did it end? With a universe ending explosion? A cataclysmic Kirby-esque double page spread? Nope. Just a one sentence press release and very little if any leaked information.

“Marvel and the family of Jack Kirby have amicably resolved their legal disputes and are looking forward to advancing their shared goal of honoring Mr. Kirby’s significant role in Marvel’s history,” read a joint statement from Marvel and the Kirby family.

So now there is a quiet and almost hushed silence in the cosmos. No more arguments and opinion about Stan the shyster or Kirby the poor businessman not negotiating a better contract.

The battle is ended. Kirby, I am sure, will be listed as co-creator in the upcoming mega blockbusters produced in Hollywood.

As he should be!

What really makes me sad, is the fact that the die hard fans that have lobbied and kept these characters alive all these decades, and finally get to see these characters on the big screen like we always hoped for, are probably the smallest percentage of the people who actually go watch all the movies, because all those millions of people who go to the theatre sure aren’t spending money every month on the latest adventures of our favorite characters in comic book form. It doesn’t seem to translate into comic book sales.