Have you ever noticed just how much work John Byrne has created in his career? It really is mind boggling.I would say he is probably the second most prolific artist ever.The first has got to be Jack Kirby.

I have a couple of long boxes of work he has done and the thing I like about Byrne is, he is entertaining. Old School Marvel magic. Even when he worked at DC or IDW. He always has guest stars pop up when you least expect them and starts story arcs with one page interludes that may take several issues to show up again. 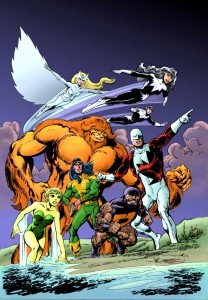 So when I was digging around in the Byrne long box, I pulled about the first 20 issues of Alpha Flight out. My memories of Alpha Flight were that the series was a disappointment originally, but I found myself enjoying the challenge that Byrne had at making the characters actually well rounded enough to carry their own title. I found the 4 or 5 page origin stories at the back of the book a fun way to do this.

I also forgot just how much Canadiana Byrne added to the series. From the Prime Minister to geographic lessons about Canada that probably not much of the US audience would hear about except for this series. Since he had lived in Canada from the age of 8 and was educated in Calgary he certainly knew his stuff.

Upon going through the first 13 issues it became clear to me why I didn’t have that fond a memory of the series. The characters were quite shallow. It was obvious that Byrne was trying to make them interesting but they just didn’t do it for me. I found out of the entire cast of characters, Heather MacNeil Hudson was the most interesting. 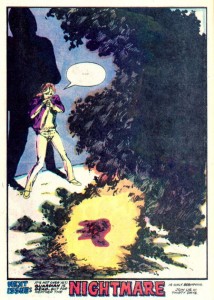 Now I don’t want to leave the impression that I didn’t like it at all, because there were some great parts. Marrina was interesting and the relationship between Guardian and Heather were good. The twins Northstar and Aurora didn’t do anything for me but the split personality of Jeanne Marie and Aurora was certainly unique.

The highlight of my trip through memory lane here was issue number thirteen. What a fantastic bit of storytelling. This was the issue after Guardian’s death. I loved the final page of issue 11 when Guardian “died”, but the first  11 pages of Number thirteen was brilliant! No dialogue whatsoever! But it was spot on with the storytelling. The stress on Heather’s face for that entire book was masterful.

I found this comment from Byrne regarding his work on Alpha Flight very enlightening. More here.

Alpha Flight was never much fun. The characters were created merely to survive a fight with the X-Men, and I never thought about them having their own title. When Marvel finally cajoled me into doing Alpha Flight, I realized how incredibly two-dimensional they were, and spend some twenty-eight issues trying to find ways to correct this fault. Nothing really sang for me. If I have any regrets, it would probably be that I did the book at all! It was not a good time for me.

That is another thing I like about Byrne. He speaks his mind ,and lets you know what he is thinking or was thinking at the time.

If you haven’t taken a look recently you may find yourself as pleasantly surprised as I was. When you have done the volume of work that he has, and hit it out of the park with some real classics, X-men and Fantastic Four come to mind, as  well as certainly very interesting runs of Jack Kirbys Fourth World, Wonder Woman and many more!I am sure you all have your favorites, but take a look at our very own Alpha Flight again. It is very entertaining.