I went to this year’s Fan Expo looking, as I always do, for some series that I either missed, or didn’t know existed, and this year was no exception. 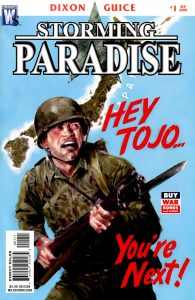 Now I am usually art driven first and story second. Jackson”Butch” Guice is one of the most overlooked and underappreciated artists working today. He seems to be able to work in any genre, and there are not many artists in the field today that can do that.

One series which I had no luck in finding at all anywhere, and believe me, I looked, is a 6 issues mini-series published by Wildstorm called Storming Paradise, written by Chuck Dixon. I have 4 of the 6 issues but have been waiting to read it until I have all six. It is a war story that is set during the run-up to the atomic blasts in Hiroshima and Nagasaki. Dixon is a great writer and I really enjoyed Winter World by both Chuck and Jackson (can I call you by your first name?) and it really had a gritty feel to it that you could actually feel the cold of Winter World. A couple of other Dixon books in the war genre was Fury Max and Punisher Max. Both paired with Goran Parlov and both excellent reads!

But again no luck on the 2 issues I am missing. 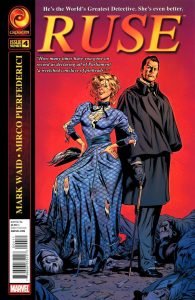 Next up is a 26 issue run published by Crossgen called Ruse. I haven’t read this yet either as I was able to put together most of the run but am missing 4 issues. The artwork is stunning and set in the early Victorian era and looks to have a feel similar to the recent series Penny Dreadful.

I was also after the Silver Age Captain Marvel and was able to pick up 3 copies of #1 all in the 7.0-9.0 range as well as a decent 8.0 raw of Marvel Super Heroes #12. I must admit to a bit of speculating here with the upcoming Marvel movie of the same name. Don’t know if it will pay off but…

I also latched onto about a dozen raw Ditko issues of Spidey which really was an added bonus, all from the same owner collection and all had very high gloss covers and white pages. Raw in the 6.0 to 8.0 range.

Now the most surprising things I ended up with were completely unexpected. Frank Miller’s Curator Edition of Sin City and his Daredevil Artists Edition. Both which you can find covered by Scott VanderPloeg in the AE Index! 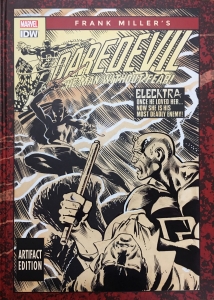 My God! The scans of the original art are truly amazing and the artwork literally jumps off the page! Especially the Sin City Curator Edition. Highly recommend them both! If you are a fan of Frank Miller you will see in a fresh way, just how amazing his work can be!

And last but not least, just when I thought I couldn’t carry anymore, I found, in twice-up oversized colour, a monster edition called Fantastic Four Behold…Galactus! which features in glorious oversized colour, the original trilogy FF# 48-50 by Lee and Kirby, followed by FF# 74-77, the 2nd Galactus Trilogy by Lee and Kirby, followed by the 3rd trilogy (actually 4 issues) FF#120-123 by Lee and Buscema, and finished up with FF# 242-244 by John Byrne!

50 pounds of fun!! Not scanned from the original art, so looking about the same as the original issues only oversize and on glossy paper. And it retails for $50 US or $63 Cdn.

So that is this year’s Fan Expo adventure. With a ton of reading yet to do!