After the very sad passing of Darwyn Cooke in May, I made it a bit of a mission to get more familiar with his earlier work. I basically discovered him relatively late in his career with the New Frontier and I was hooked! But there was quite a bit of material and I still have yet to get through it. 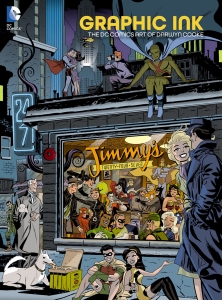 I picked up the Batman “Ego and Other Tales” and “The Twilight Children” and a truly impressive hardcover called “Graphic Ink”.

Avery good read with some differing styles showing a versatility in styles that I was unaware of. The Twilight Children was beautifully illustrated but I must admit I never really got the point of the story.

Now Graphic Ink is a must have tome for any and all Darwyn Cooke fans. From the beautiful cover of Jimmy’s Twenty-Four-Seven featuring a crowded scene inside and out of the recurring diner that showed its way into many of Darwyn’s stories, to the back cover of Batman and Catwoman from Gotham Adventures #50 ,this book is a joy to behold.

Never has Darwyn’s art benefited more from a prestige format book! And such a wide variety of stories. It even had his first unpublished pencil work for a story called “The Private Eye”.

Virtually every DC character he ever drew is covered in this volume. He showed himself to be amazingly versatile. 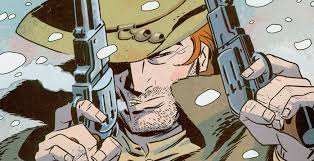 Some of my favorite examples in this book are:

I could go on and on but you really need to pick this up if you are a fan!