I recently read an article regarding the Holocaust and that one-fifth of millennials in the U.S., a full 22% haven’t heard of ,or aren’t sure if they’ve ever heard of, the Holocaust, according to a study published on International Holocaust Remembrance Day (January 27th 2018).

Before the adoption of this date by the UN in 2005 the country of Germany held “The Day of Remembrance For The Victims of National Socialism”.

Two-thirds of millennials could not identify in the survey what Auschwitz was.

I am sure the numbers in Canada are pretty much the same as the U.S.

Now why am I bringing this up in my Tales From The Comicdenn post, you may ask.

My Mom and Dad were survivors of World War II and my Dad was a prisoner of War in a Nazi farm labour camp. He survived starvation and sickness by being befriended by a sympathetic German guard who made it possible for him to escape.
This reality was very apparent to our family, in the heroic efforts of survival that my parents went through to escape the ravages of war and persecution, from both the National Socialists (Nazis) and the Russian Communists, and the lessons that were taught in self reliance and love of freedom and free enterprise as a result.

My good friend Mike Coppens, brought a graphic novel to my attention right after I had read that article, about the sorry state of our education system, not teaching the recent history that is only roughly 75 years in the past. 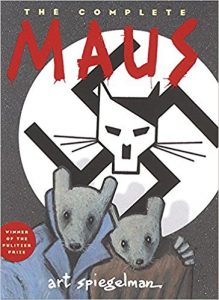 The Graphic novel is called Maus. Which is German for mouse.

This is a 1992 Pulitzer Prize winning novel and tells the tale of survival of the family of the author, Art Spiegelman, and their survival in the death camps of Auschwitz.

The artwork is certainly not the type of comic book art we are used to but it is incredible how the dark nature of the illustrations truly tell this horrifying story, and the dialogue gave me a sense of looking into the mindset of human beings who are put through such terrifying life and death struggles.

My Dad would occasionally mention that it was impossible to imagine what true hunger was in this land of plenty that we live and how grateful we need to be.

I was struck at some of the insight I got regarding the survivors of this horror. Human nature, being what it is, can teach you some hard lessons, and as a result some deeply held traumas can be hard to rationalize.

Fear of the unknown. Fear and suspicion of others motives. What appears to be an almost ingrained habit of never throwing things away, and being grateful, very grateful for three square meals and a roof over your head. These were lessons taught my family members first hand.

So let me recommend Maus “A Survivor’s Tale” to you. It can’t help but leave you asking some questions of your own belief system and understanding of the horrors that man is capable of.

Maybe if we would teach history to the young we would have a better chance of not repeating it.

There are definitely lessons to be learned here. 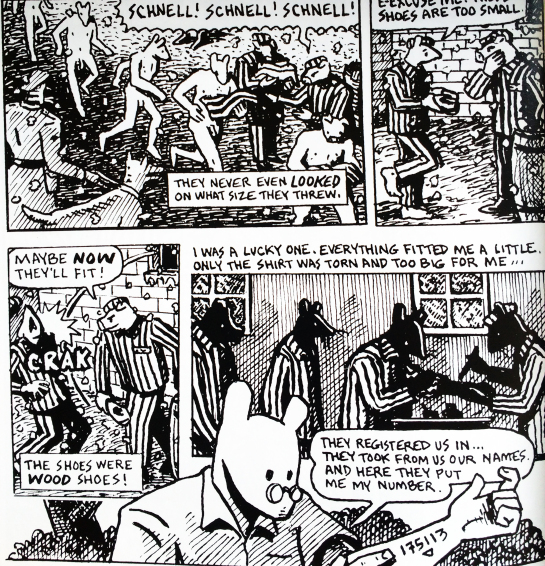