What can be said about Jack Kirby that hasn’t already been said? Probably nothing. Certainly not by me. I never met the man.

However…I have been a fan for almost fifty years and have marvelled at the many different seasons of his staggering creative output!

Early in his career Simon and Kirby was the number one name in comics! It’s very hard to tell who actually did what because they both penciled and inked from what I’ve read as they produced the myriad volume of issues. They started out when Superman was about a year old. Captain America was their first hit! Selling over a million copies!

When the Marvel Age hit with Fantastic Four #1 in November of 1961, the awareness of inkers starting to come into play. Early on it was George Bell, Chic Stone and Vince Colletta. But with issue number 44 Joe Sinnott took over as regular inker and never looked back.

Joe Sinnott did ink Fantastic Four #5 and was supposed to be the inker starting with that issue. Previous commitments didn’t allow Joe to stay on the book other than a few pages in #6 and then not to return until issue #44 with the introduction to the Inhumans Saga and what is I would argue the best fifty issue run in the history of comic books.

I know that not everyone agrees that Sinnott was Kirby’s best inker, but few will argue that he was the best inker Jack had on the Fantastic Four. 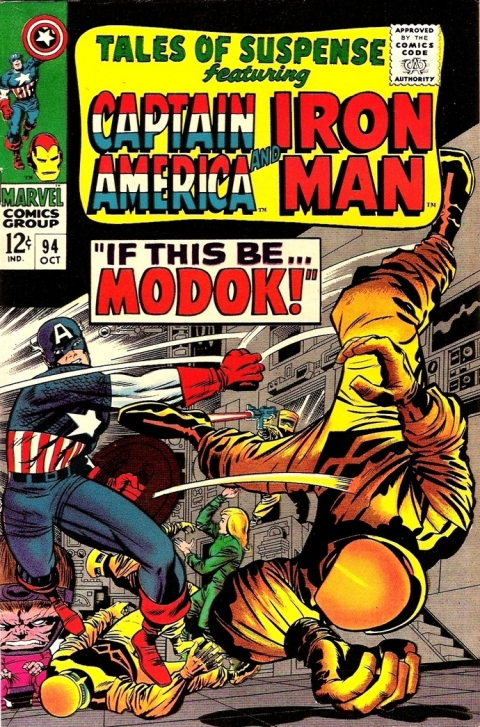 This past week I came to a conclusion that I have never realized before. That there was a series that Jack and Joe worked on for eight months that was every bit as good as the artwork in the Fantastic Four’s heyday.

Jack and Joe teamed up on issues #91-98 of Tales of Suspense. And in that last year of the title, there were truly a number of firsts that happened at the end of that titles run before both Captain America and Iron Man headed off into their own books.

Cap shared the book with Iron Man, which had Gene Colan handling the art chores and he was being inked by Frank Giacoia who was doing a masterful job on Gene ‘s pencils. 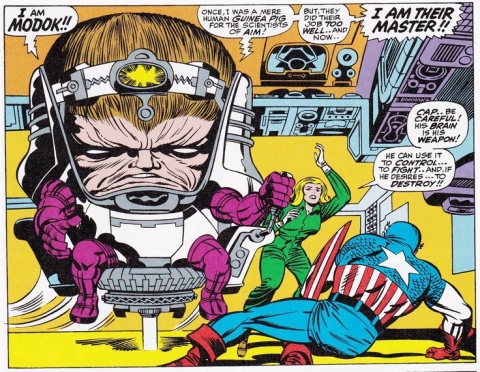 That is a lot of firsts for eight issues that can be overlooked by many a collector.

I recently came across a great documentary on Jack Kirby that was loaded with art and anecdotes and will leave you with the link to that here.

As I was writing this I remembered from the same period the great Jack and Joe team up on the Origin of the Inhumans from the back pages of the Mighty Thor as well. Truly a great period, this Silver Age of Comics!

So check it out ! Go get your hands on this great eight issue run and see what I’m talking about.