At the end of 2016, I decided to sell off some of my original art collection. It is always a bit of a scary proposition, because unlike Graded Comic Books the price of artwork can have real wild swings, and oftimes it has no rhyme or reason. 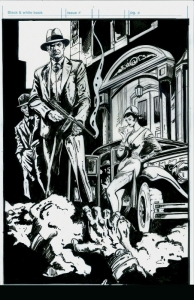 We often talk about the advantage buyer or seller when it comes to 3rd party graded books, whether CGC or CBCS and yes even PGX, but I have come to the conclusion that I haven’t got a clue when it comes to buying and selling original comic art anymore. There have been times when I sold pages which I had considered an absolute killer page that I figured would be a part of a bidding frenzy, only to barely get what I put into it. And I’m talking an Amazing Spider-Man cover and opening splash page from #74. They should have been huge advantage seller (me) but instead went advantage buyer.

I have also sold many easily affordable pages, around the $100 to $400 pages and often have found a considerably higher profit margin, but because of the lower selling pieces, did not return that much gross profit.

Speaking with some of my collector buddies it seems I’m not the only one who feels a little lost right now as to where the market is going, but I am beginning to see a trend that could be showing that Bronze Age art is really starting to take off with perhaps the aging of the Silver Age collectors being a bit of a negative right now. Quite a few “more mature” (read old) collectors are starting to really sell off nice pieces as they are either getting ready to retire or are retired. One of the best descriptions of the art collecting hobby that I subscribe to is that you are really just renting the art, and that since the banks give you nothing for keeping your money with them, ( and interesting enough, that many European Banks and other third world countries are moving to negative interest rates. Which really means you are paying them to hold onto your money. Hmmmm) you at least get to enjoy the artwork and enrich your existence that way. 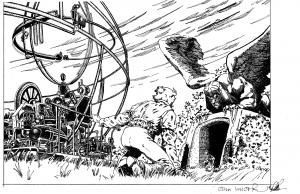 I can live with that as I would rather look at an original John Buscema or Gene Colan page on my walls than a line item on my bank statement showing you how little you have earned in interest.

The last two ComicLink auctions actually worked out very well for me as I exceeded what I had hoped. It felt good for a change compared to some of the other times that it had been advantage buyer.

Have you noticed how many Silver Age and Early Bronze age pages have come to market? Berni Wrightson artwork really has been prevalent the latter half of last year as well as some high end Frazetta and Amazing Spider-Man Ditko pages.

For the record, I don’t have any of those artists in my collection. As I was watching the last auction I was amazed that a lot of the newer artists were doing quite well. David Finch, Jim Lee to name a couple, but the most perplexing was some of the God awful prices some hideous Bronze age pieces were getting. Out of respect to the artists and series involved, I’ll leave it to you to look up, or bring up some of your biggest surprises of hideous product that sold at prices I could not believe. 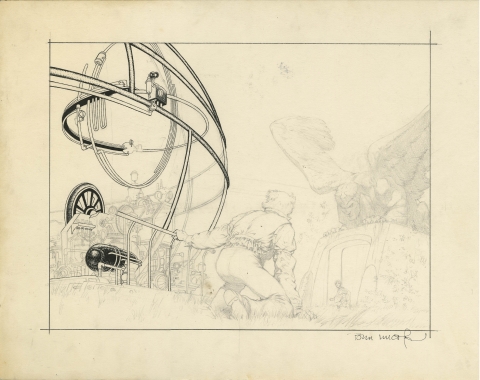 A couple interesting pieces that I sold were a Berni Wrightson “Time Machine” page and a frontispiece from Marvel Preview #16 by Big John Buscema. Both items were only very partially inked, leaving me to be able to scan and ink myself (see above). Those I have framed and hung on my walls. 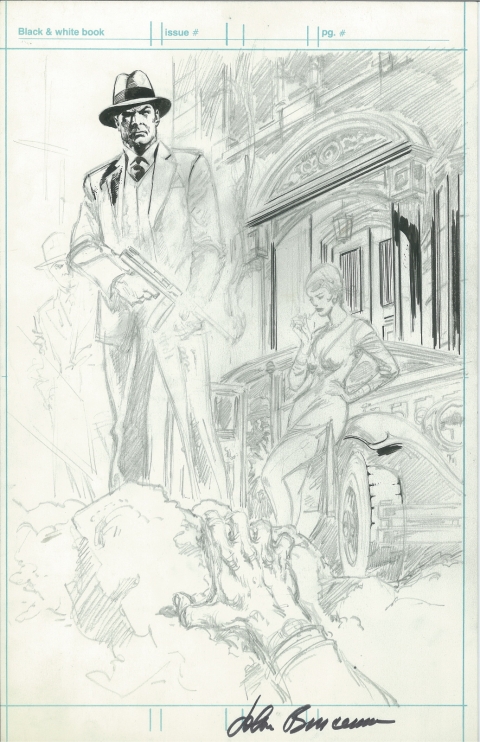 A couple of new ones were the following Buscema Savage Sword Of Conan breakdowns. I have attached the printed page inked by E.R. Cruz from Savage Sword Of Conan #210 for the one page. The other one looks like Jenna from early in the Barry Windsor-Smith run who later turned up in the Death Covered in Gold mini-series.

When you look at Buscema’s two breakdown pages it is amazing that in spite of the lack of finished pencils, everything is there. It is also interesting how you can see little notes he made to himself about moving the images up or down or change the sequence of the panels. I hope you are able to see that in the attached pictures.

So I guess the moral of the story is, sometimes you win, sometimes you loose, but with great original artwork you win every day until you decide to sell it. And if you at least get back what you put into it you’re still further ahead than leaving your money in the bank!

At least that argument works for me.