It cannot be underestimated how important the artistic team is on a comic book. It can make or break a title. The interesting thing is that over time (sometimes years) a title will go through wild swings in the life of that title. To name a few, John Byrne’s Fantastic Four, Miller’s Daredevil and Gene Colan’s Doctor Strange were all great examples of just that. Wild swings. 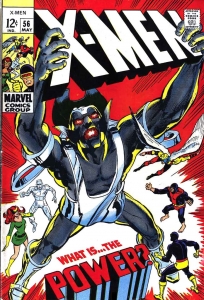 One of the most startling that I recall was the first issue of Neal Adams and Tom Palmer on X-Men. I remember opening up X-Men #56 and the opening credits said “and introducing the penciling wizardry of Neal Adams!”.

Now I was familiar with Tom Palmer from his incredible pairing with Gene Colan on Doctor Strange. I love that art team! It was pretty obvious that Tom Palmer is a great inker, but this Neal Adams guy really caught my eye. As a budding artist, I had no idea how he could draw so… realistically. I was hooked.The X-Men was a title that really left me flat before that. The storylines by Arnold Drake and Werner Roth had not been able to get me excited and I chose to purchase other titles that turned my crank more,  on my limited budget.I did check them out though at the stands and did see the Steranko take on issue# 51 but the team of Steranko and Tartaglione didn’t wow me, even though it was a giant step up from Werner Roth. Issue #52 was a horrible Don Heck/Werner Roth issue which left me totally flat, and issue# 53 was Barry Smith’s first work for Marvel. Again, potential, but not exactly awe inspiring. 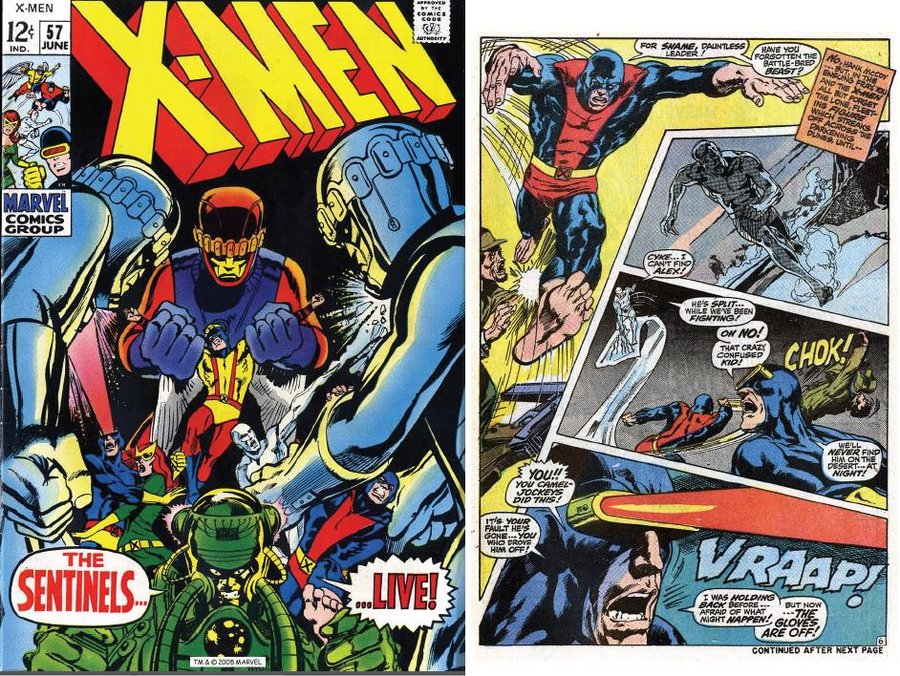 Their talents were showcased with a killer Sentinels story, that to me was terrifying in its plausibility and in its execution. The Sentinels were not only Big Brother, it was really BIG Brother! The lifelike nature and dynamic page layouts were outstanding in their ability to embellish the storytelling. And the use of zip-a-tone, which I had no idea what that was, or how you used it. I quickly figured out that since the only other place I had seen it was Colan and Palmer’s Doc Strange, that this was something that Tom Palmer was responsible for. 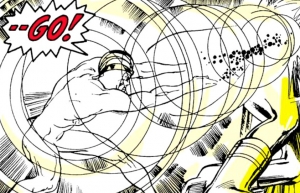 The introduction of Alex Summers and his becoming Havoc was probably one of the most unique costumes ever designed, and the use of concentric circles to display his power was again, very unique. In later issues with the introduction to Sauron and the Savage Land storyline we got to see this creative team shine .It was also pretty obvious that Roy Thomas was really excited about scripting these stories.

If you are not familiar with this era of the X-Men from the very late Silver Age/early Bronze Age do yourself a favor and check it out! They are available in affordable trade paperback.

Check out the attached images and see if you aren’t drawn to this work. I was so impressed with Neal’s work I started buying his DC stuff as well, which was something I rarely did. Buy DC books that is. I could really appreciate the Denny O’Neil/Neal Adams collaboration on Batman,Green Lantern, and he was doing so many covers at that time, it led me to such DC stalwarts as Irv Novick and Dick Giordano.

So again, if you are unfamiliar with this era, check it out! You won’t be sorry you did.