Will they won’t they, the corporate world oh yeah, and something dark. Like monsters and murderous dreams dark. 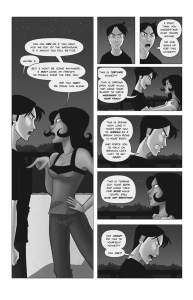 So Nicholas Grey is the head of Grey Inc. an environmentally friendly tech company. Kennedy Parker is his friend and right hand, looking out for him, making sure he eats, makes him keep his appointments and generally keeps him running. She’s also obviously crazy for him. He? Possibly. 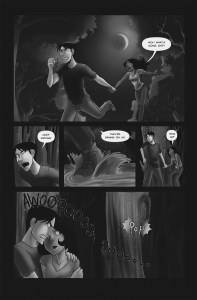 So the story goes, with some vague businessy stuff that’s not very clear, and there are these hints of something else, possibly sinister, with Nicholas having creepy dark dreams where he murders or tortures people, including Kennedy. 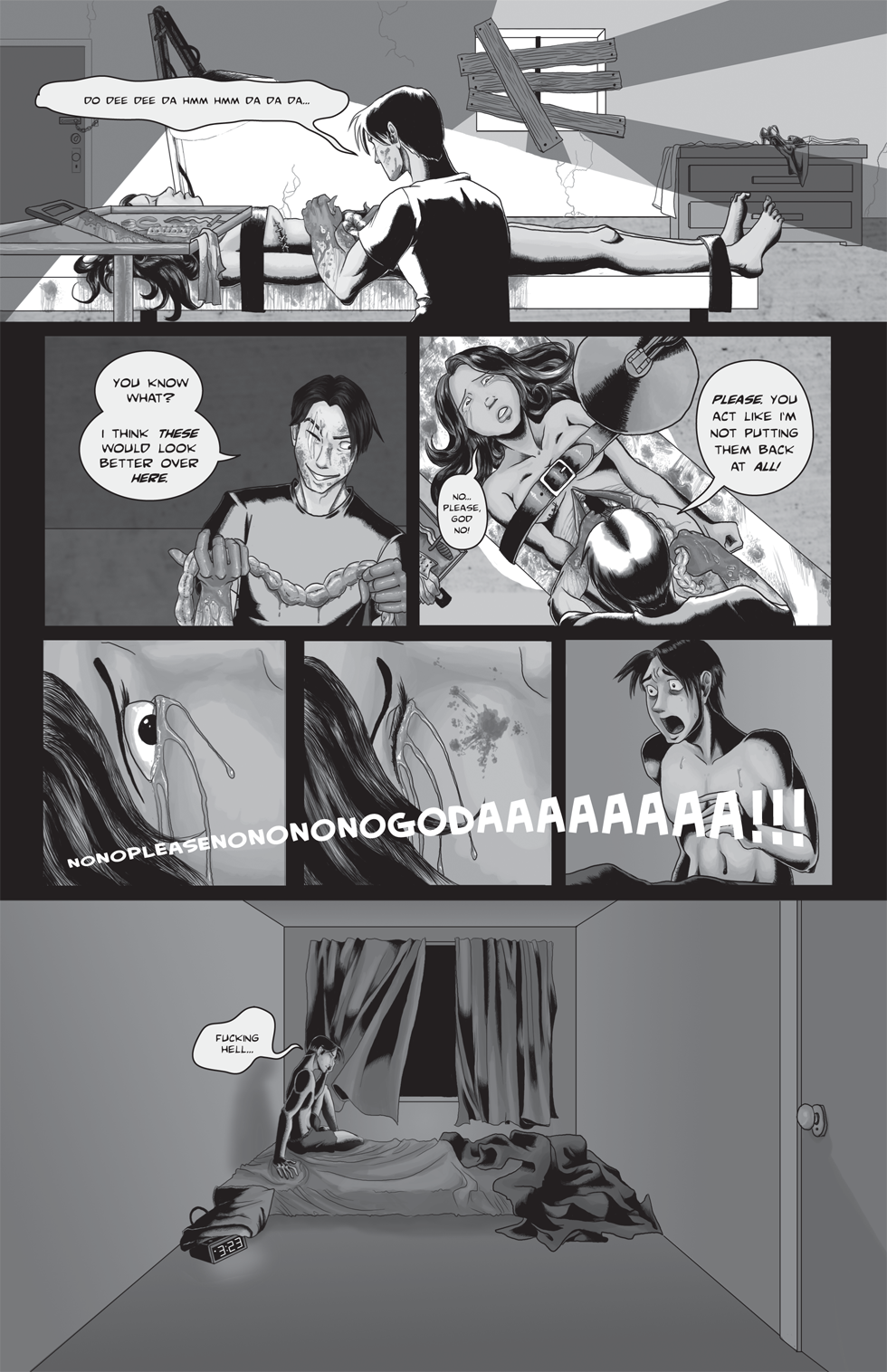 So yeah, not a kids comic. 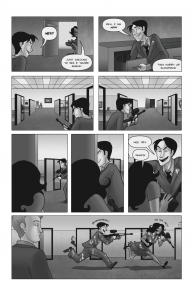 As the story progresses, through issues, (they also print up each issue) it’s revealed that Nicholas is a werewolf and there are other manner of fantastical creatures about including evil ones. So it’s office romance meets Buffy. The actual story, written by Samantha Mathis, is a bit bumpy: it took a while to figure out who’s who and what’s what, and the supporting characters are still not as clear as I’d like. But Nick and Kennedy are well done and likeable. It’s the sort of thing that could likely be tweaked with a bit of editing or the addition of a page or two. I’d be interested in reading it in print to see if the experience is better. 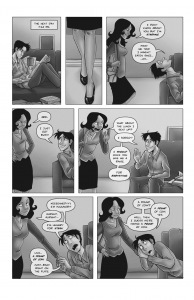 The art is a mixed bag. Sometimes literally as line art is mixed with greyscale, (sort of a wash look) and spots of colour on bonus content. Like many new comics, it’s transitional, especially as the artist Caytlin Vilbrandt continues to experiment with her approach and method. She moves between software programs and you can see a bump in the quality. But then within a few weeks of updates she’s settled in and gotten better. The most recent pages are quite strong. Her style is western manga influenced, sort of like modern Disney. But unique enough to call her own. Seeing the small colour pieces, I’d love for her to go full colour on some future project. Her draftsmanship is largely strong, but yes, early on there are some rough bits. Again though, judge the art by where it is now and what’s likely to occur if she continues to improve as quickly as she has so far. 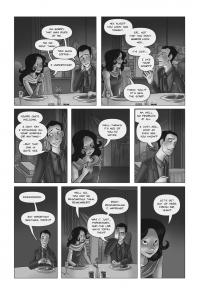 It’s a sort of sub genre of its own really, one that’s become popular in recent years. I believe WOBG has a strong fan base, and if that sort of supernatural, horror romance thing is at all your cup of absinthe, give the comic a try. If you just want to see some great grayscale artwork, look at the last few pages.