I was chatting with a client at work the other day, and the conversation turned to video games and comic books (as it tends to do when I talk to people). And, the gentleman I was talking to pointed out that we would both be very hard pressed to find a woman his age (mid-forties) that plays video games or reads comic books. But in my generation (35 and under) there seems to be a lot more women who are into these nerdy kinds of things. After pondering this for a while, thinking of all the friends and associates I know, comic stores and conventions I have been to, I realized, he’s right!

So why is it? Why is it that you can throw a stone in a crowd of 20 somethings and hit a girl that has read a comic and/or played a video game before? In my opinion I chalk it up to one thing, the Internet. Cons and comic book stores can be very intimidating, especially for a first time comic reader and even more so for a girl. The Internet has allowed nerdy curiosities to roam. If you are interested in Wolverine, you can just jump online and find out which comic he first appeared in, or get suggestions on where to start reading in the X-men series. It also allowed women to have a voice in the form of forums and chats, where they are just a screen name, allowing them to be taken seriously simply (well as seriously as you can be taken on the internet) and not judged based on their sex. The Internet opened up a door to women that wasn’t there before.

We are also louder than we used to be because of the Internet. There are sites and groups that are only for nerdy women. Instead of hiding our love for comics and games we let the world know we exist. So maybe there aren’t more women into comics than previous generations, maybe we are just more vocal about it.

I also think that comics are less geared towards men than they used to be. Comic books now cover a very wide range of topics; they can be anything from romantic to violent, dark and funny. These types of comics can also act as a gateway to spandex-clad muscly super heroes. So watch out comic girls, you might be reading Superman in no time! 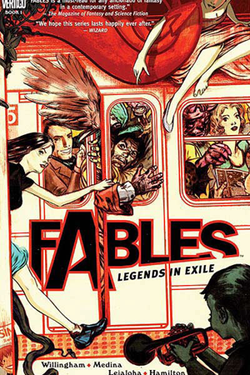 Another theory as to why there seems to be more women into comics is that we have been exposed to them longer, growing up with T.V. shows and movies that are comic character based.  These different mediums for comic characters weren’t as available to an older generation.

I would love to hear other theories as to why the ladies are loving comics more than ever. Or maybe I have it all wrong and there is the same amount of women into comics as there ever has been. But currently as the token girl on CBD (cough-Shelley needs to write more-cough) I am proud to say that comic girls are quickly rising in numbers, and in 20 years we might actually out number you boys.

Some girl nerd sites to check out: