New York is a great city. I know that isn’t exactly groundbreaking news, but every introductory sentence I write can’t be a winner. On a recent trip to New York I noticed how seeing the city in person gives you a better understanding of the Marvel Universe. That is, you see the famous landmarks, the areas of town where heroes live, and the steel jungle where Spider-Man swings from building to building. New York isn’t just a setting in the Marvel Universe, it is a character and one as integral to the story as any gamma irradiated scientist or thunder-god with a medical degree.

When you walk the streets of New York you walk the same streets as your favourite heroes. Travelling over the Brooklyn Bridge I can’t help but think of Spider-Man’s tragic battle with the Green Goblin that cost Gwen Stacy her life. Walking through Central Park I note where the Beyonder’s structure appeared to whisk the heroes and half a galaxy away.  Pretty nerdy yes, but you can’t help but think about these things while travelling through the city. Avengers Mansion is located at 890 Fifth Ave across from Central Park. In reality the it is an art museum that houses the Frick Collection, but the point is that it looks like a giant mansion: 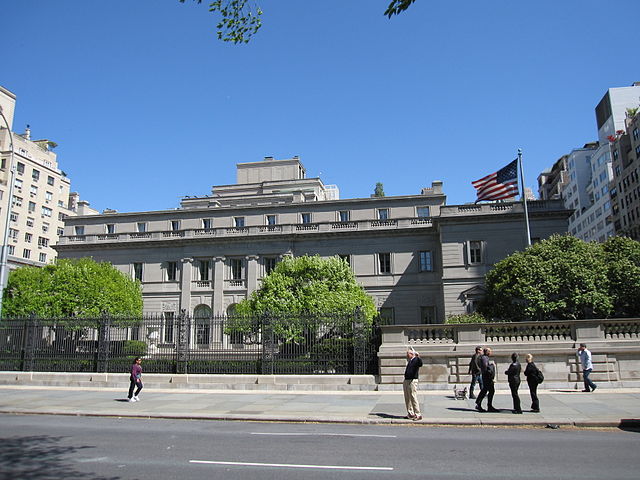 See? New York brings it all to life. Four Freedoms Plaza is located at 42nd Street and Madison ave. In reality there is a very cool glass office building at that location. I’m fairly certain that they don’t have a portal to the Negative Zone on the top floor, but hey, I’ve never been to every floor. The list keeps going on and on. Take a cab through Hell’s Kitchen and you can’t help but think about Daredevil roaming the streets (or Black Panther I guess), visit Greenwich Village and you can stop by 177A Bleecker St, home of Dr. Strange. Sure, it probably isn’t home to a Sorcerer Supreme but there is a tattoo parlour on the bottom floor and a bunch of funky shops and restaurants all around. Aunt May’s house is situated in Forrest Hills Queens and if you have ever travelled to Queens you totally understand why Spider-Man can’t webswing very easily in that borough.

I could go on and on: did you know that it would take the X-Men about 40 minutes to drive from the X-Mansion to midtown Manhattan? Or that the Daily Bugle is only a couple of blocks from the UN? Heck the Marvel offices are on Fifth Avenue just a few blocks away from the New York Public Library and Bryant Park and a five minute walk away from the Empire State Building.

This week is Spider-Man week in New York City. Here is a pic of the Empire State Building: 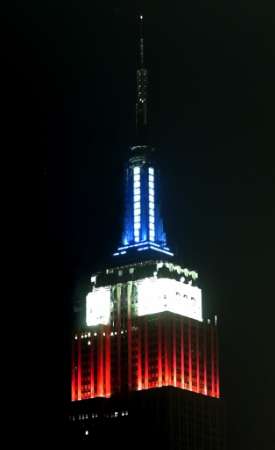 Yep, it is lit up red, blue, and white for Spider-Man. Here is the end of Spider Island where the city does the same thing to thank Spider-Man for saving them: 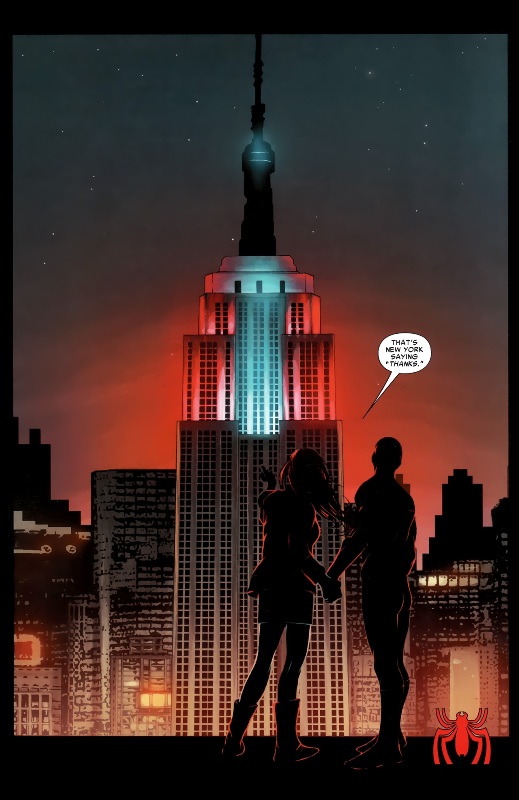 I would encourage anyone to visit New York for everything it has to offer, but I would also tell any Marvel comics fan to pay the city a visit and see where your favourite heroes have been hanging out. It will bring a new appreciation to the stories the next time you flip through the funny books.