Genre, by its nature, is quite formulaic. We see the classic western villain, the cocky spaceship captain, or the disfigured mad scientist. These characters, settings, and tropes help us identify the genre and generally let us know what to expect, so I am always pleased when I see a well done subversion of genre, as in Velvet from storytellers Ed Brubaker and Steve Epting.

The story is a spy tale, centring around the killing of the world’s best secret agent and the subsequent framing of Velvet Templeton, personal secretary to the head of the spy agency. Brubaker and Epting are no strangers to this genre, as they created the Winter Soldier, but it is great to see them work with characters of their own design.

The main character Velvet is a wonderful subversion of the expected spy genre. Brubaker and Epting ask the question “what if Miss Moneypenny were a spy?” and the result is a robust, complex story. When we are first introduced to Velvet, other spies talk about having slept with her, something that Bond and Moneypenny always flirted with but never did. Very quietly though, it is noted that Velvet played them, as none of the spies knew about other men. Immediately she is introduced as in charge, and these macho super-spies aren’t quite the ladykillers they thought that they were.

This continued surprise at Velvet’s abilities is a reoccurring theme throughout the work. She is underestimated in physical combat during every encounter, and frequently defeats larger, multiple opponents. Her attacks are ferocious, I especially enjoy the monologue on how she prefers a 1 second fight, and her brutality would make even Bond squeamish.

I don’t mean to imply that this work eschews all conventions of genre, because it doesn’t. There is an overarching mystery for the hero to solve, the hero is framed for crimes they did not commit, the hero is highly trained but thought to be less than she really is (thank you Steven Segal in Under Siege), and there are car chases, gadgets, and several exotic locales. This is a very recognizable spy tale, which makes the impact of genre subversion all the greater.

Epting is at the top of his game and his artwork expertly balances quieter scenes with all out action. His panel layouts help convey Velvet’s abilities as spy (such as casing a room, using gadgets, or planning a hand-to-hand combat fight), and mirror camera angles that are familiar from the spy film genre. The colours by Elizabeth Breitweiser complete the package by creating the perfect atmosphere. From using cooler blues for stealth scenes to brighter reds for a vicious battle sequence, Breitweiser is able to add to the emotion of each scene. 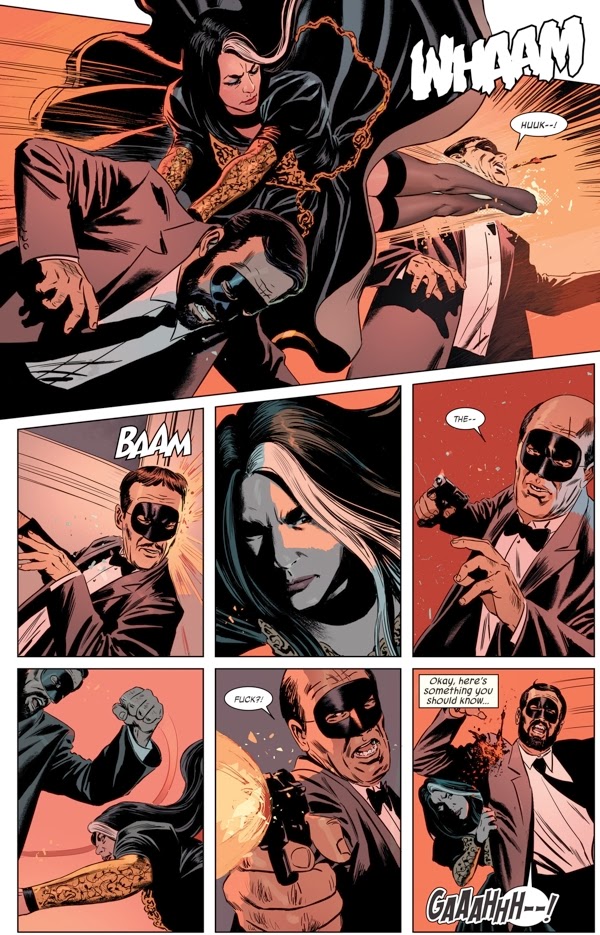 Fans of the spy thriller would do well to pick this up, especially at the bargain price of $9.99. This is standard for an Image vol 1 trade, but it is a savvy business move to pull readers into very high quality stories.