I was looking through the Previews this week. Normally I try to read it cover to cover, but I generally skim past the Image section. Why does every title look like utter garbage? And it mean that in the kindest possible sense of the word. 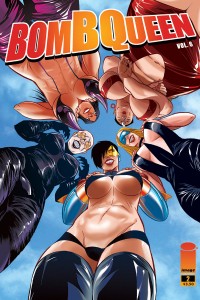 Sure, Image started off as a series of artists books with very little substance, but it really found its own in the early years of the new millennium.  Stuff like Powers and Sam & Twitch were at the top of my pull list and the company was trying to do interesting, small press-like stuff. Now it all seems to be T&A, guns, and toys of 1970s ball-players.

I know that they have Invincible and Walking Dead but a couple of good properties does not a quality imprint make. I even think that stuff like Spawn, Savage Dragon, Witchblade aren’t that bad. You are pretty much getting what you would expect from the cover. But what is up with the majority of the offerings shown in the Previews?

Most of the titles look like the kind of things you would create if you randomly picked some words from the horror, guns, and boobs category. Orc Stain, Halcyon, Bomb Queen (sorry Chris), Fire Breather, and Skull Kickers all simply look bad.

Let me be clear to all the readers, I am not saying that the comics are bad, but that the comic books look bad and I have no desire to pick them up. They all seem to be a similar style, colours, layout and subject matter. There will probably be a scantily clad woman with a gun somewhere on the cover or in the issue. There will be excessive amounts of gore and violence because, now that the code is gone, why wouldn’t you put that in?

This general feeling of disdain towards Image even kept me away from reading Walking Dead until very recently. Just because something sells a lot and Wizard Magazine says it’s good doesn’t mean I should pick it up. But I did enjoy Walking Dead and thus I am writing this “don’t judge a book by its cover” article.

However, it is hard to change my mind when I see stuff like Murderland #3. Here is the publisher’s synopsis: 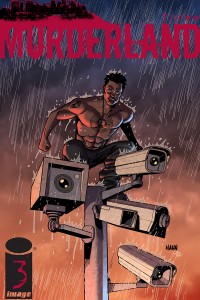 “SET THE METHOD DOWN, Part Three
The Arabber picks up a gun to settle an old score only to wind up with prostitute on his face. Meanwhile, federal agents match wits with his grandmother. A backup short answers the question: ‘Why is it harder to protect a store than to rob it?’ And psychotic roller girls!”

Um, okay. Now I haven’t read issues 1 and 2 but this doesn’t make me want to pick them up. Or buy issue #3. Maybe this is tongue in cheek humour, I don’t know and I don’t really want to waste my money and time in finding out.

Also check out the synopsis for King City #12:

“As the demon king looms over the city, Joe has to decide between joining his fellow cat masters in battle or helping his ex save her current man from a dismal fate in an underground chalk shop. The final explosive issue — with a bonus comic-sized color poster inside!”

I understand what all of those words mean separately but when they put them all together like that it makes no sense. It is no wonder that Dark Horse and IDW have chipped away at Image’s market share.

So intrepid reader is there anything worthwhile reading over at Image? Comment and let me know. In the mean time I feel that Image needs a make-over. It needs to market itself beyond its current niche and return to the launching ground of interesting properties it was a decade ago. However, their stuff still seems better than Tarot.