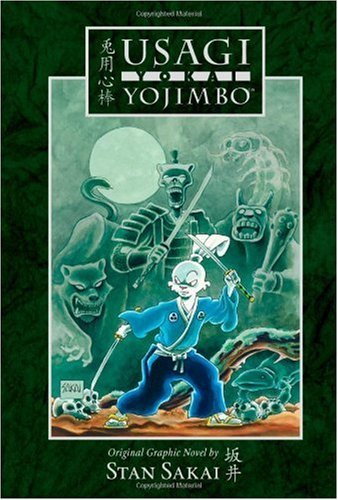 Here at the Comic Book Daily offices we often get into heated conversations about comic books, and there is no one who enjoys furious debate more than Scott and I. Our collecting styles are very different but we find common ground in wanting to own top quality stories that represent the best that the medium has to offer.

As anyone who has read his column can tell you, Scott loves a hardcover. He loves the look of a hardcover on his shelf, the feel of a hardcover in his hands, and the smell of a hardcover under his nose (okay I made that one up). In general, I hate hardcovers: they cost too much, are awkward to read, and provide substandard comic book fare with greater legitimacy than deserved. A few years ago I would have rather have been forced to read Youngblood than pick up a hardcover.  My position has been softening as of late though, mostly due to the passion of Scott, Pete, and Chris when they talk about hardcover format.

Let’s be clear: not everything deserves a hardcover. I don’t need a hardcover collected edition of the recent Marvel Strange Tales anthology, or whatever last 5 issues of Superman/Batman hit the shelves, or, ugh, Siege. These books don’t really deserve a hardcover treatment. They simply aren’t good enough.  Hardcovering (is that a word?) should be reserved for the best stories (or the most significant). For example I own the Spider-Man Omnibus. This tome collects the first 38 issues and a couple of annuals from Amazing Spider-Man. It is a preservation of the earliest Spider-Man stories. It deserves to be in Hardcover format, and (despite the fact that it is so unwieldy I need to set it on the kitchen table to read it) holds a place of honour on my shelf.

There are a lot of good comic books that I buy the trade paperbacks for, but I don’t need to have them in hardcover.  I pick up the Geoff John’s Green Lantern stuff, for example, and though I think it is great I would never buy the hardcover. The extra cost and annoyance of reading it in hard-backed format doesn’t work for me.

Hardcover format should be reserved for special occasions (I know that this is subjective and arbitrary, but it is my column).  Currently my two favourite hardcovers are Stan Sakai’s Usagi Yojimbo Yokai and the recently released Superman Vs Muhammed Ali.

Yokai is a 25th anniversary UY story where the rabbit ronin faces off against demons. It is beautifully painted in watercolour and truly deserved the hardcover treatment. Superman Vs Muhammed Ali is one of my favourite comic book stories as a kid. Ridiculous yet amazing, the story of Supes and the Champ taking on an alien armada is masterfully told by Neil Adams and Denny O’Neil. The recolouring is fantastic and any Superman (or Ali) fan should have it on their shelf. 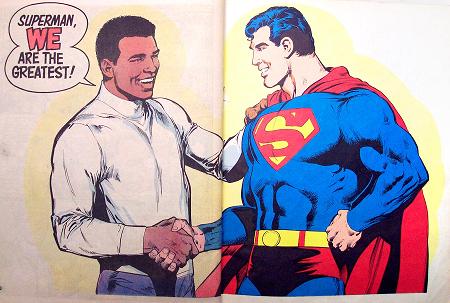 So what I would like to see is a more selective production of hardcovers on the part of the publishing companies. Making everything a hardcover edition is a cash grab and detracts from the great stories deserving of such treatment.