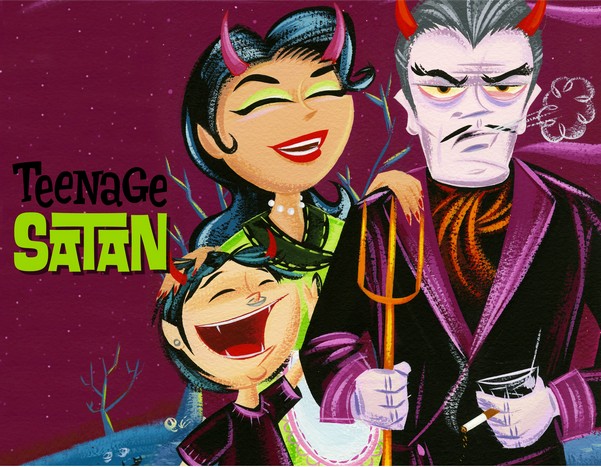 The most anticipated webcomic of the year looks to be one with quite the artistic pedigree behind it: Teenage Satan, a digital comic created by the wife of Darwyn Cooke; Marsha and his niece Candis along with artist Stephanie Buscema (granddaughter of John).

Teenage Satan is about a previously home schooled son of Mephisto as he experiences the hell that is High School. With no prior experience with human interaction, Teenage Satan suddenly has to deal the worst that high school has to offer, including being bullied and having a crush on a girl who doesn’t even know he exists.

Steph Buscema has been on my radar for some time now as her art is a beautiful melding of styles that are very agreeable to my eye sockets.It will launch in September and will update daily with a mix of comics, games (such as 666 sudoku) and other content. Interestingly, the comic has an end date—December 22, 2012.

Check out the preview below. I’ve already watched it six times now.