Back in February 2011 I put up a Pick Five post on Birthday Cakes.

I had all but forgotten just how marevelous the idea of comic book themed cakes were until I walked past the Cantor Bakery (Gateaux Montreal) booth at last weekend’s Montreal Comic Con. 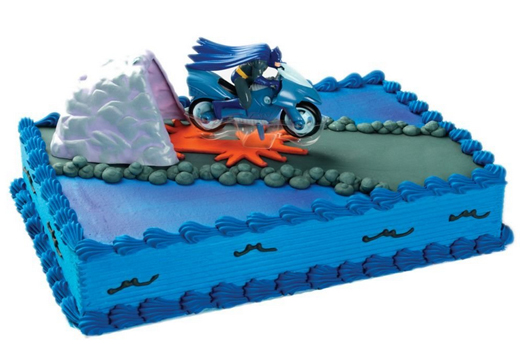 OH – MY – GOD ! A whole booth at the comic con devoted to nothing but comic book themed cakes! Heaven.

At first I thought these people read my original post and decided that was a great business model because that’s what people do, read my Birthday Cake post and start a business. Turns out they are a popular and reputable fixture on the Montreal bakery scene. Hey, any bakery with enough dough balls to set up at a comic con has got my business.

The booth was busy whenever I walked past, which was a few times since I always made it a point to take that aisle just to see those cakes and perhaps poke a finger into one if nobody was looking.

I introduced myself and must have sounded like an idiot telling sweet Rosa all about my Pick Five birthday cake post (I was so cake struck that I didn’t ask her name but on the business card she gave me it said Rosa).  She was a great sport!

Thanks Rosa, you have great cakes! 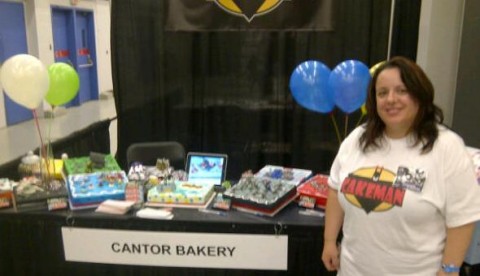 Walter Durajlija is an Overstreet Advisor and Shuster Award winner. He owns Big B Comics in Hamilton Ontario.
Articles: 1616