[box type=question]When someone comes into the store and wants to start reading comics, what do you recommend? How about for a youth? What if they ask for something Canadian?[/box] 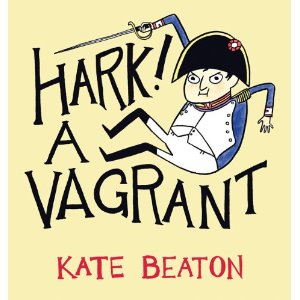 Before I can recommend anything to anyone, I have to talk to them first to find out where their interests lie. With such a wide array of product (and people) there’s no way I can just throw stuff out and hope something sticks. Spending a couple of minutes with someone to get a feel for what they are looking for makes it easier to decide if we start with Walking Dead, Dungeons & Dragons or Archie.

Youths are pretty open minded and for the most part and they get interested in things they see. That’s why our All Ages area has as the most face out product than anywhere else in the store. Older “kids” tends to know what they are looking for. Kid-kids want to be surprised and intrigued visually, in my experience.

Often times I find out about Canadian involvement in a comic accidentally.

When people are looking for something new to read or to start reading, we go to ask them what they already read or, what they might be interested in. When we get a sense of where their tastes lie it makes it much easier to make recommendations… but quite honestly we have ‘favourite’ books as a store and individual staff have their favourites as well, and so there’s always stuff to recommend to people.

Youth recommendations are interesting, because we have basically a whole store for youth now in Little Island Comics. That’s mostly the same sort of recommendation process, “What do you like?” followed by suggestions in that vein… kids tend to be pretty plugged into stuff already though, so while you can show them the things they’re asking for, the store is really set up for them to ‘discover’ all sorts of new books on their own.

We generally find it easier to recommend properties with a media tie-in, where some of the work of convincing the person picking up the book that it’s a ‘valid’ suggestion is already done. That’s not to say a media tie-in is necessary–we sold hundreds and hundreds of Scott Pilgrim volumes before the movie was even a going concern–but it certainly creates consumer confidence… so long as the tie-in is any good.

The most important thing to us is to keep in stock a selection of the employees favourite trade paperbacks and graphic novels, because that moves the conversation away from a purely salesperson/customer relationship, and into a sort of ‘readership’ realm, if that makes sense?

As for Canadian comics, we do get asked about them often enough that we’ve considered making a Canadian-creators section on the shelf, but ultimately decided against it. Most of our employees are involved in the industry and medium outside of working in the store and so, again, everyone’s got a go-to list of creators that the know and like and whose work they know and like. While we could have a shelf with Chester Brown, Kate Beaton, Seth, Bryan Lee O’Malley, Guy Delisle, Fiona Smyth, Claudia DaVila, and Darwyn Cooke on it, ultimately it’s much easier to keep those books shelves normally and just have smart employees who can make those recommendations off of the top of their heads.

After about a half-hour we recommend that they leave.

We’re not a “this ain’t a library” shop,  but there are limits.  If they ask for a recommendation, we’ll find out what they like, and try to match in something complimentary.  We have no particular fixation on any creator, title, or brand. If it’s “Canadian” they’re looking for, “Glamourpuss” or “Zootanpuss” pretty much wins by default. Dave Sim’s about the only reliable Canadian creator out there.

Just to add another voice to the choir, it really depends on their personal tastes. A few quick questions about what they enjoy watching or reading in other media will usually narrow it down and having staff members with broad and varied tastes helps in finding the right books.

Kids usually have a pretty good sense of what they want so it’s more a matter of directing them to the all ages section and then helping the parents narrow down the pile after they’ve picked out a big stack.

We rarely get asked for Canadian comics (and when we do it’s usually someone wondering if their old Captain Canuck comics are worth anything) but we do maintain dedicated sections for many Canadian creators like Dave Sim, Chester Brown, Seth, Riley Rossmo, and many more.

I concur with what’s already been said about the method by which to recommend books. But our staff have certain “go-to” books, such as Swallow Me Whole, Chew, Northlanders, Batwoman, Blacksad, Y the Last Man, and Fables.  But it all depends on taste. Often new customers looking to get into the medium already have an idea about what book they want to read and we just have to help them find it.  Along the way, we suggest other books they might like, prepping for the next visit.

With kids, we have such broad selection that kids still need help finding books, and we help them in the same way, by asking them about their interests. We have a lot of success recommending books such as Three Thieves, Jellaby, Magic Trixie, Mouse Guard, and Binky the Space Cat.

We do get asked for Canadian books actually. In the week leading up to Christmas alone we had 3 such requests. Two of them left with Two Generals and one left with The Rabble of Downtown Toronto. The Joe Shuster Awards website is a great resource to find out what is Canadian, as they post a list of new Canadian material every week!

[box type=question]Thanks for naming names Jennifer; I’m surprised no one else responded with at least a title or two that they think is an excellent recommendation for someone new to comics, so I’m going to work my original questions with a new spin.

What comic best represents the medium that’s currently available in print? How about for a young reader? How about specifically Canadian content.[/box] 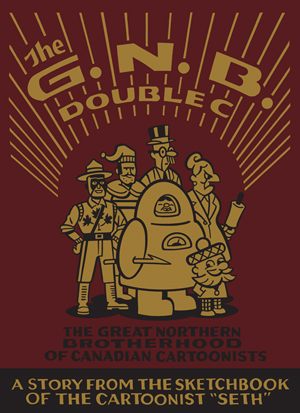 After all these years, I switch to automatic pilot when a “first-timer” asks for a recommendation. The shortest distance between a new customer and a sale is a straight line from “Do you have a favourite character?” to a classic story arc, graphic novel, or comic book. Batman? Here’s Batman Year One. Daredevil? Try Born Again. No favourites? Read Watchmen. It’s better than the movie, and I love the movie! (Infectious enthusiasm is always helpful, too.)

If a graphic novel is too much expense and an appetizer is more appropriate then “Let’s just see is there are any new#1’s this month.” (Bwa-ha-ha-ha!) “Why, yes, itt appears we do have a plethora of polychromatic periodicals that fit the bill.” (Yes, I’ve been known to actually speak like that. Who says this isn’t the Marvel Age of alluring alliteration… pilgrim.) And “If you don’t like that Action Comics #1 by Grant Morrison, just bring it back for a refund” doesn’t hurt, either.

As for youngsters, sometimes even a PG-ish recommendation can be risky. But you can’t go wrong with a Marvel Essential or a DC Showcase. That’s entertainment. And very affordable. And classic. Canadian content? Cerebus. Glamourpuss. Seth. Any Jeff Lemire, etc. Basically, it all boils down to the initial Q & A back and forth. The more information from the potential customer, the better. Eventually, that Aha! moment arrives and it’s smiles all around.

Then I close the store and head on down to Tim Hortons for a cuppa, cuz my work is done. Just like now. Aaaannd I’m gone.

Jay:Honestly, I try and steer away from the “everyone recommends” books as it can be a downward slope from there. If Walking Dead is the pinnacle of zombie dramas, many readers can be challenged to find something to follow it up with. So unless they specifically ask for WD, and I feel they’ve got a thing for zombies, I may try The Goon first. If they want superheroes, I may go with Superman/Batman Public Enemies or some Geoff Johns Flash or Green Lantern. I think this way people can “grow into” the books that everyone recommends and it may give them a greater appreciation for a wider range of books.

Christopher: I agree with Jay, to an extent. If someone reads zombies then yeah, I’ll recommend The Walking Dead because it’s a great book. But the danger is there that they become Walking Dead readers (or Transmetropolitan readers, or Buffy readers), and not Comics readers, and that’s happened a bunch. People who will wait any amount of time for the next volume of a specific series, and be utterly resistant to any other recommendations or titles.

Besides that, I’d much rather get readers, particularly new readers, interested in authors or artists than in properties. It’s a little tough with Kirkman, but I’ve had great success introducing people to works by Grant Morrison, Lynda Barry, Alan Moore, Neil Gaiman, Brian Wood, Daniel Clowes, Naoki Urasawa, Natsume Ono, Rumiko Takahashi back in the day.