How I Sold My Comic Art Collection 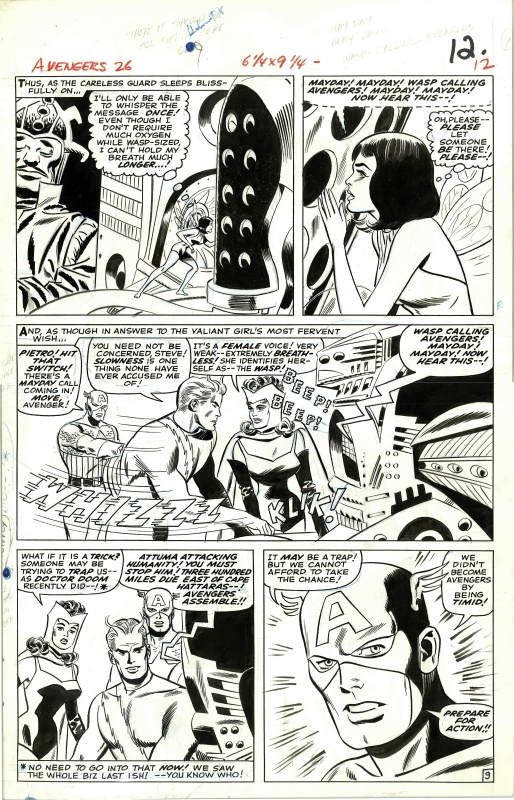 Over the last ten years or so I’ve been collecting comic artwork. Like most teenagers I had posters, then when the budget allowed I collected prints and portfolios and then transitioned to original artwork. eBay and Toronto comic conventions allowed for all kinds of buying. 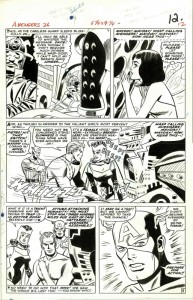 Avengers Issue 26 Page 12, the prize of my selling collection.

At first I only bought published pages, but then moved into commissions and convention sketches. Gradually my collection extended to seven art portfolios that I rarely looked at: only the few pieces I had framed received the attention they deserved.

I knew this year my family would need a new vehicle, but that was some months off. I was in no rush to sell and didn’t have a pressing deadline to get the money. With the plummeting Canadian dollar I decided this was the time to sell off the bulk of my collection through an online auction house. All my artwork was scanned so I set up a share online so everything could be seen. I wanted to sell it together and at once: I didn’t want to dedicate the time to selling items individually on different services, which would have netted the most profit but also had the largest investment of time.

I agonized over what would sell and what would be kept. In the end about 10% stayed with me, mostly the pieces that meant the most or that were already framed and hanging on my wall. Ironically I ended up keeping the most valuable items but that’s not how I picked, it just ended up that way.

Since I follow comic artwork auctions I knew the prices I should get for my silver and bronze age artwork. The unknowns were modern artwork and colour guides. In the end I pulled back most of my colour guides and only included what I had from Frank Miller and Jack Kirby.

Being a fan of Heritage Auctions and enjoying their Sunday Comic auctions I emailed them first. I received a response after a few days: they were interested, but since most of my stuff was commissions it would be for their Sunday auctions. They asked what my most valuable pages were: I gave them a list of 10 items worth more than $1000. Based on that response I knew he didn’t spend much time looking at the collection: I had 97 published pages and covers and 81 commissions, along with 36 colour guides. I replied but didn’t hear back after several weeks. I spoke with the same rep at Fan Expo who reiterated the same information and said to email him. I did, again, and received nothing back. Heritage charges the seller a 19.5% fee and the buyer a 19.5% fee, so they get you coming and going. I thought it was worth it to get their exposure, but in the end fate decided for me. Or at least the rep who never got back to me…

Moving along I emailed ComicLink with my same information and the link to my scanned artwork. They replied quickly and said they were interested and asked what my most valuable artwork was, as they wanted to put that in their featured auction and the rest in their focused auction. ComicLink runs a featured auction with art over $500 and a focused auction with artwork under $500. Responses were quick and we settled quickly on what was what. I provided a list of all the artwork I wanted to sell and they converted that into a seller’s agreement. ComicLink charges the seller a 10% fee and there’s no buyer’s fee.

I had to get my artwork to ComicLink, who for some reason won’t provide their address until you’ve received the seller’s agreement. Anyway, it’s in Portland Maine. I checked online: I could ship with Canada Post for a maximum of $1000 insurance for about $200, or I could ship USPS for a maximum $5000 insurance for about $75. I divided my artwork up into $5000 lots and drove across the border to ship it: I live about 1.5 hours away from Niagara Falls NY so that option was available to me.

Everything was mailed and now the hard part: waiting for each auction and seeing the final results. My auctions actually went from November to February, spanning two featured auctions and one focused auction. I received my cheques about 30 days after each auction with a detailed breakdown of the lot sales. The 10% commission didn’t hurt too much since I’m making about 25% on the exchange rate: as long as you’re not reinvesting into more U.S. product this is an opportune time to sell in U.S. auctions. Right now it’s sitting in a U.S. account until either I need the money or the exchange rate dips lower.

Here’s what I learned from the auction sales. Silver and bronze age published art gets the most money, followed by commissions from silver and bronze age artists. If they’re a hot artist today modern art also gets good money: Darwyn Cooke and Mike Mignola all fetched top dollar for me. Spinning off that, colour art commanded a premium and pushed sales: my Steve Rude colour collection did extremely well while his published inked pages were poor. 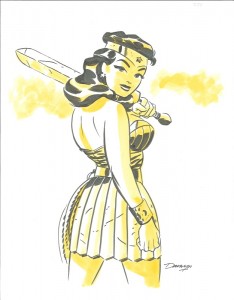 Canadian artists (all modern), with the exception of Cooke, sold terribly: I lost money on every piece of art I sold from this group. Modern U.S. artists also did poorly for me: either I lost or broke even. So far only one colour guide has sold, from The Complete Frank Miller Batman. It did poorly as well.

That’s a hard lesson but makes perfect sense: people using ComicLink, Heritage and ComicConnect are looking for older artwork. They’re of an age that has them collecting from that period and an income that allows for larger purchases. Modern work does much better on eBay, but requires a significant time and resource commitment since you have to sell the items yourself. As well I probably should have sat on anything less than 20 years old, to allow it to mature and possibly get a star artist at some point. I really don’t know how the Canadian artwork should have been sold: it would appeal the most to the Canadian market, but other than eBay or a table at a Canadian convention there aren’t a lot of avenues. Comic shops don’t have the pull or presence to get maximum dollar, and even if they did they wouldn’t want to pay you more than 50% of its value, if that.

In the end I made money, and that was the ultimate goal. Those older pages and paintings I’ve had for 5-10 years made the most profit, usually 400-500% of what I paid. The modern pieces including colour guides did poorly, either breaking even or losing money. Even then the published pages did far better than commissions. Collecting artwork was a fun hobby for a good number of years, but in the end it lost its luster.

I haven’t stopped collecting: in fact I’m currently trying to get one piece of art from the newspaper comic strips I enjoy. But this time I’m limiting it to once piece from each strip, from about twelve strips. I want to be able to frame and hang each piece on my wall and thoroughly enjoy every one of them.

If you’ve hung on this far I’ll pass along my comic artwork advice. The market has never been better for silver and bronze age published comic pages, so if you’ve been holding on now is a good time to sell. Don’t try and sell modern artwork unless it’s from Todd McFarlane, Alex Ross, Jaime Hernandez or Jim Lee. If you still want to sell modern artwork do it yourself on eBay. The market is still improving so there are buying opportunities, but make sure it’s from an established silver or bronze age artist and be willing to sit on it for at least a year.

Based on my experience I would heartily recommend ComicLink (thanks again Jason!) for their excellent customer service, low commission rate and reasonable market share.

Auction Highlights #23 – Near Mint Minus 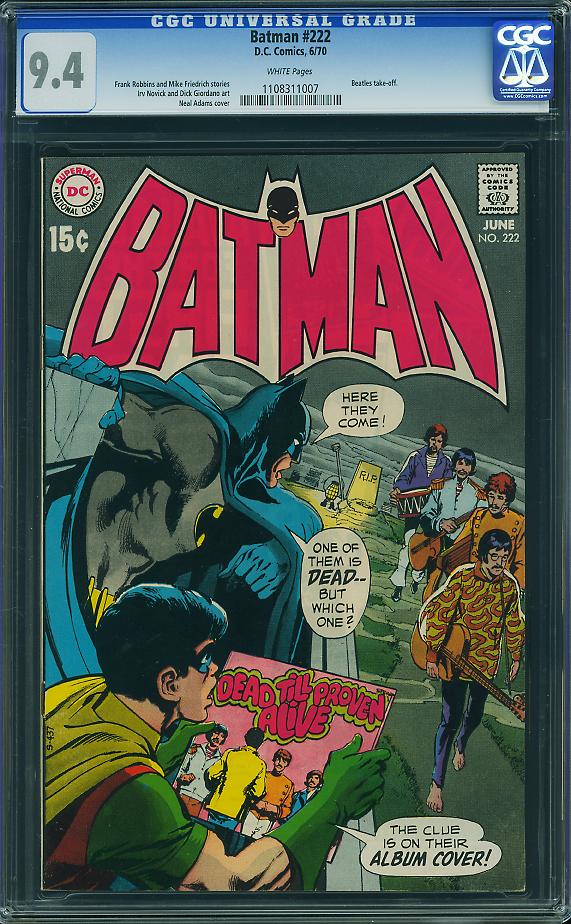 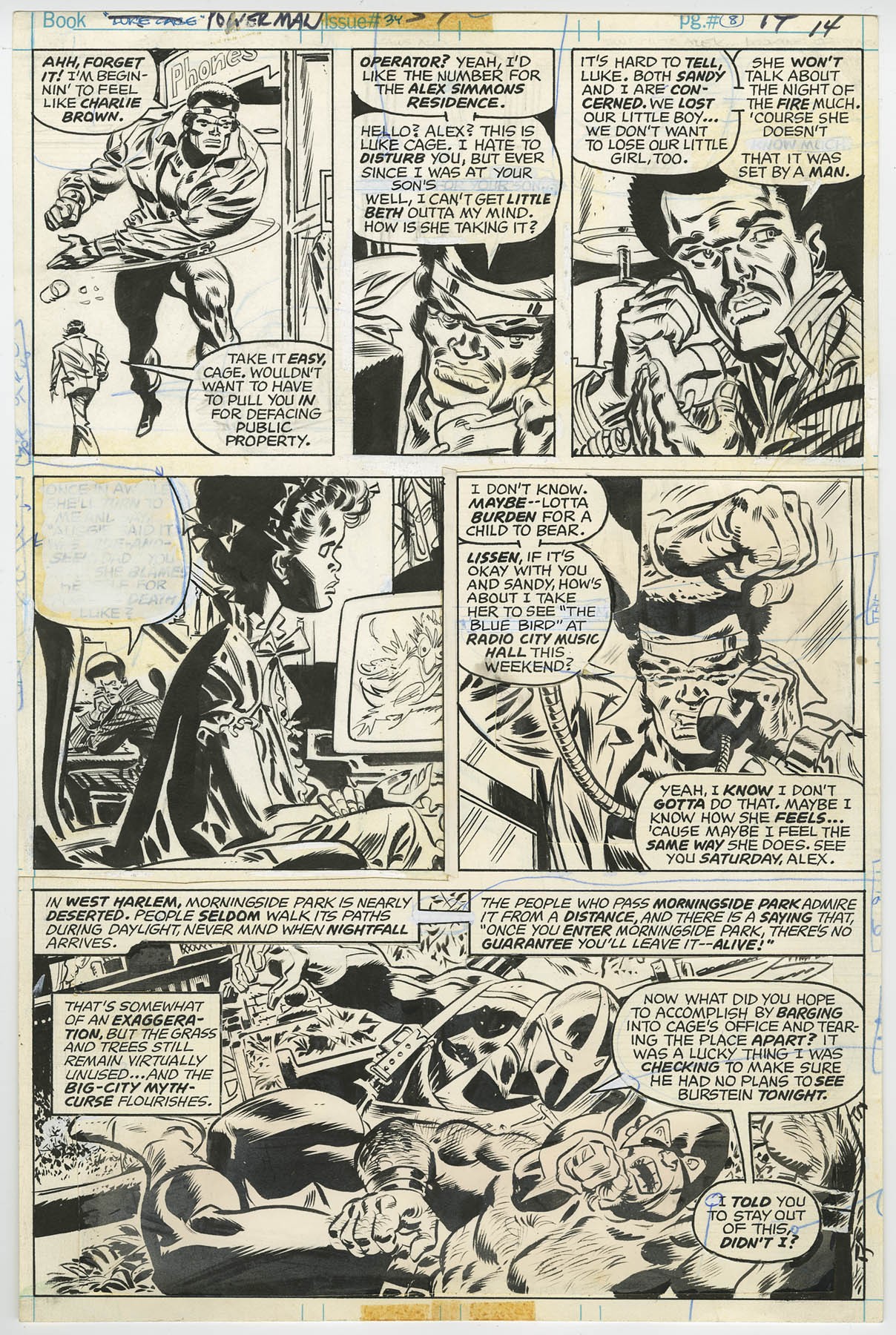