Today’s Question: “Which comic book property should be adapted to the Small Screen?” 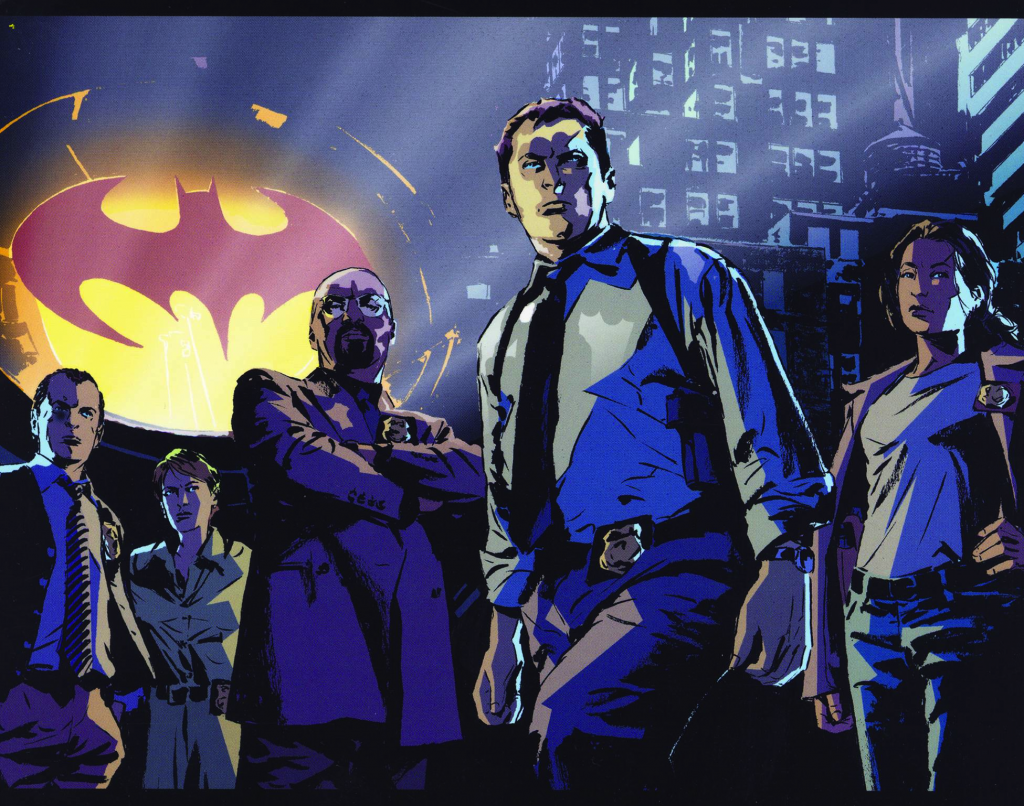 Gotham Central could easily be made into a television show. It’s a police procedural – in the vein of NYPD Blue or Homicide – with the added spin of having a few capes tossed in for good measure. Get Michelle Rodriguez as Renee Montoya and Omar Epps as Crispus Allen. Think of this as being The Wire of Superhero TV shows!

Hate to go all girl on you but I say the love triangle.

There’s nothing more compelling than unrequited love. I mean Scott, Jean and Logan kept readers coming back for more issue after issue and Scott and Logan’s remorse over her death, I feel at least, made the impact harder. 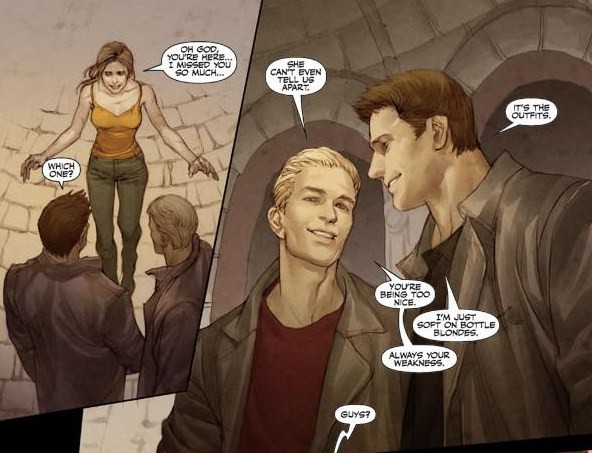 The love triangle is often complicated in comics by the hard decisions our hero’s are sometimes forced make for the greater good. Angel left Buffy and after her death Buff, to the delight of Blondie Bear fans everywhere, found something in Spike. Now, both men are back. Which character has Buffy’s best interest at heart? Who is she ultimately going to align herself with, et cetera, et cetera. It’s damn good reading.

The love triangle can be further complicated by the sense of duty our characters have. Great power comes with great responsibility, Peter Parker in love with Mary Jane and finally happy together gave everything up, including M.J. to save Aunt May. That my friends is one messy love triangle.

Now if you wanna talk dangerous liaisons lets talk Emma, Scott and Namor. that’s gonna blow up, and I’ll buy every issue till it does.

Now, if we could translate all this drama onto the small screen and cut all the phony daytime soaps out of the mix, I might never leave the house…..Hey, is that a Buffy re-run on TV? 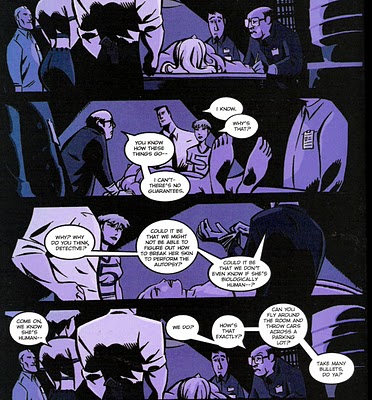 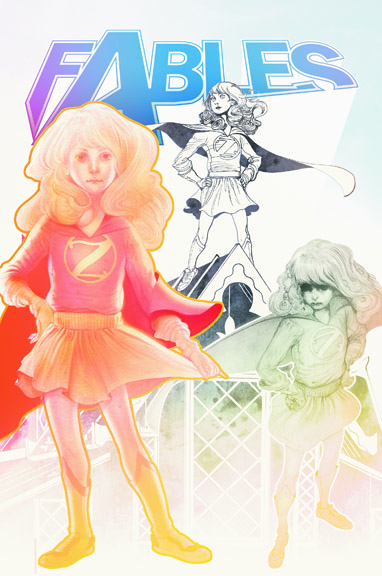 I’m gonna have to say that Fables has the makings of a fantastic tv series. You have a bunch of instantly recognizable characters and there’s so much potential in them that you could be writing episodes for the series forever even if the regular comic series branches off into different directions. I think anyone aren’t familiar with comics would tune in just to see things they don’t expect from their idea of regular fairy tales, like Prince Charming turning a womanizing bastard who bagged all the princesses or Gepetto as a bloodthirsty dictator. Fables contains as much drama as a soap opera, so it’s a perfect fit! 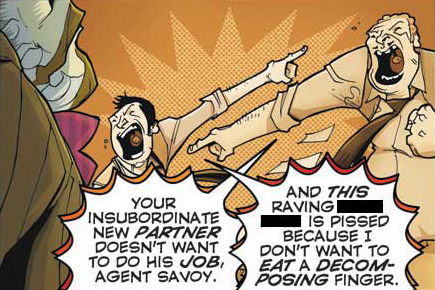 I’d like to see Chew on the small screen. It’s got everything: humour, social commentary, intrigue, (and now) romance. It’s TV gold (but only on HBO where they can get away with naughty language).

I could see Runaways being made into an ongoing series. It’s got the ensemble cast, they are teens, they’ve got the demographic spread, and what teen wouldn’t enjoy a show where the heroes kill their parents? But seriously, it’s reality based enough, they don’t wear ‘costumes’ or such and it would fill the gap left by Heroes. Plus you have the ability to test run other Marvel characters like Cloak and Dagger.

That’s it for this week. Feel free to sound off in the comments below!