British artist Bryan Hitch leaves Marvel after a solid decade, producing some of the industry’s best-loved work AND completing his piece in Marvel’s “foundation of 2012” (with Bendis), Ultron War, Hitch confirmed on Twitter… “my end is done!”. 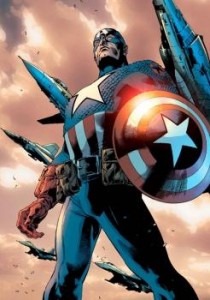 On November 28th, Hitch began a series of intriguing posts on Twitter – “I am making massive changes,” he said. “New things are happening in 2012.” – The following Tweet came on December 3rd, when he began a 31 day countdown to a full (and honest) announcement of his New Year’s plans revealing, finally on Dec 29th that, he would in fact be leaving Marvel at the end of 2011.  “In two days time, an amazing decade at Marvel closes for me” – he went on – “What a wonderful time to have joined the party. Very proud and honoured.” he said.  He also reminded fans of his big announcement due today, January 3rd (the end of his countdown).  So, as soon as I hear anything today, I’ll add the details to the comments below (or you can if you hear anything first) – and in the meantime, does anyone have any ideas for Hitch’s future? Is there anything you’d like to see him work on?