So now that we have all gotten our fill of “best of 2011” lists, it is time to think about 2012 and all the awesome comic book goodness that is coming our way. I don’t know if we will see anything as monumental as a company cancelling all its titles and producing 52 new ones, but there is a whole host of fantastic comic-bookery on the horizon. Here are some of the things I am looking forward to in 2012.

Okay, it has been some time since we have seen these two teams go toe to toe in the Marvel U and arguable each team is far more powerful now than it has ever been. Hope, Emma Frost, Jugger-Colossus, Red Hulk, and Namor will ensure some memorable street-fights. I also am looking forward to how the character development of Wolverine and Storm progresses as both characters are X-Men and Avengers. Marvel is also pulling out all the stops and local comic book shops can enroll as an Avengers store or X-Men store to promote the event.

Dan Slott has been slowly building a monster story arc involving the Sinister Six. A dying Doc Ock holds the Earth hostage as part of his last plan against Spidey. Slott has been doing great things with our favourite arachnid and I am expecting things to get even better.

Thor has been total garbage at worst and simply boring at best for years. The first Fraction story arc was brutally slow and the Fear Itself stuff was boring, but the current storyline is brilliant and Thor has returned to its greatness.

For me it is the John Romita Sr. Amazing Spider-Man edition, but I am pretty stoked to see what other books IDW has in the works.

Last year’s crossover was great fun, well written, and a perfect example on how to create a multi-book series (DC and Marvel take note). This years Infestation reaches out the TMNT, 30 Days of Night, and D&D in addition to the G.I. Joe and Transformer teams. So sweet. 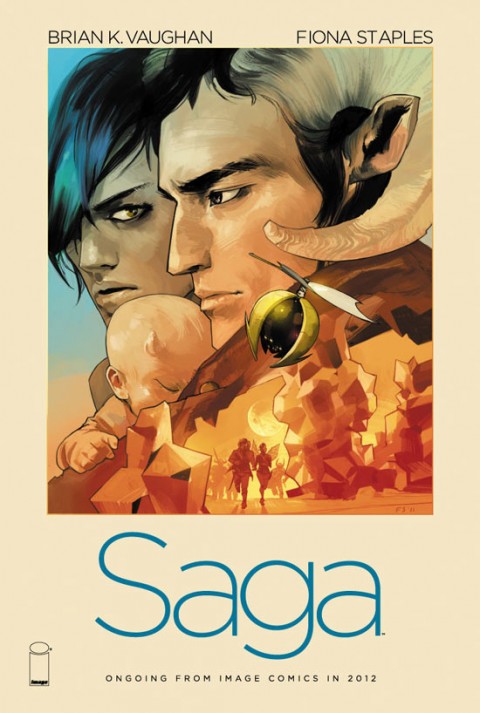 The new series from Brian K Vaughan and Fiona Staples looks like a must have for any sci-fi fan.  Y: The Last Man and Ex Machina were fantastic series so I am expecting great things.

How could I not be excited about this? While I am worried that it will be the movie that causes the comic book movie genre to implode upon itself I have great hope.

So the first movie was only okay. So what? This movie has more ninjas and The Rock is Roadblock. See you opening night.

Notice how there is nothing from DC up on that list? Sorry DC you need to do better. I didn’t drink your koolaid about 52 new awesome titles. You gave me 51 titles I don’t care about and 1 that I am barely still sticking with (Action for those keeping score at home), so I want some big things from you in 2012.

So what are you looking forward to faithful readers? Comment below and get ready for 2012 in comic books.