Doctor Who began in 1963 and dazzled a UK TV audience immediately.  Seven actors played the Doctor on TV before the show was sadly dropped in 1989 after a very strong but, waning  first run.   Following a (publicly demanded) TV movie in 1996 – starring Paul McGann – the TV series returned in 2005 with Christopher Eccleston in the lead role, which David Tennant would eventually take over later that same year.  The sixth series of Doctor Who (starring Matt Smith as the Doctor) was broadcast on the BBC earlier this year (2011)  with season seven scheduled for the Autumn of 2012.

The newest incarnation of the cult BBC TV show, is set to be delivered on film with a new movie currently simmering away in Hollywood’s underbelly.   Doctor Who (available in print from IDW) is rumoured to make a serious jump to the silver screen in 2013, which would co-inside with the 50th anniversary of the show.  Initial rumours started when David Tennant (Doctor #10) dropped the most obvious confirmation of ‘something’ happening by hinting that – he will indeed be returning to the character for the show’s 50th anniversary in 2013, before adding – “That’s not an announcement.” 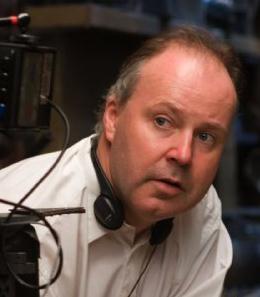 English Director David Yates (whom directed the last four Harry Potter films), recently revealed that… he IS working on developing a Doctor Who feature film with the BBC which should be great news for Doctor Who fans in the UK as (just like every Sci-Fi/pop culture property) Doctor Who is incredibly precious to its loyal fans – and it’s imperative to keep it ‘as British as possible’.   However, Yates said  “It will take two to three years to get it right, as the show needs quite a radical transformation” – which has caused some concern among its loyal fans.   The current run on TV has actually been very well received by the ‘die-hards’… Yates’ went on… “Russell T Davies and then Steven Moffat (recent creatives for the UK TV show) have done their own transformations, which were fantastic but, we have to put that aside – and start from scratch,”  –  at which point, the entire pride or School or gaggle of Doctor Who nerds cry… “sorry, what?” and start to panic.

Yates has promised British fans that the film would stay loyal to its roots even if an American writes the script… and even plays the Doctor himself!?… “Steve Kloves wrote the Potter films and captured that British sensibility perfectly” (a rather revealing statement maybe?) “So, we are looking at American writers too,”  he said.  Doctor Who, written by Americans, in America with an American Doctor?… really? 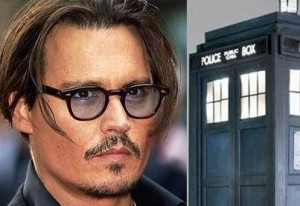 The speculative rumours continue online with Johnny Depp’s name popping up everywhere as everyone’s best guess to play the Doctor.  I (for one) would love to see this, and can imagine Depp being interested in the role for sure, given the camp/cartoony characters he seems to be attracted to in recent years.

The general consensus online among the (rather vocal) Doctor Who fanboys and girls appears to be mixed, with a allot of angry comments about – how the movie should work as ONE story in conjunction with the on-going TV Series With Matt Smith (the current lead in the TV Show) as the Doctor. 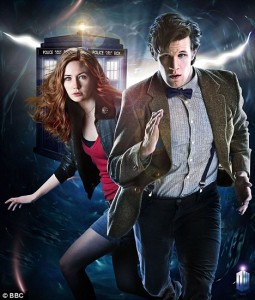 The fans seem to think that any other story or new story would be a “waste”.   Another opinion among the British Doctor Who fan-nerds is that American storytellers (writers, actors, creative directors etc.) would not be sensitive to the ‘Englishness’ of the property; they appear to be concerned about a potential loss of British charm, humour and spirit.   Bloggers and vocal/opinionated fans are also protective over the current TV production team, as the TV show is in pretty good shape right now – and while this is frustrating for me (as a storyteller) that the fans can’t seem to keep an open mind – and trust the artistry of a new creative team, it’s also understandable (as a comics fan) since it’s natural for a hard-core fan of ANY on-going story to want to continue on the journey they’ve started already – with the same writer and artist they’ve become emotionally invested in.  Changing the creative team(mid arc) on a mainstream title at Marvel or DC has the same feeling among true nerds… right?

A Doctor Who movie can only be a good thing: the character is bigger than ANY actor cast to play him – and the fans WILL love it AND fight for it regardless.  Watch this space I guess… I’ll keep you all in the loop.

Coming soon from Across the Pond: on-going/random spotlights on British comic shops AND a solid look at 2000AD in the modern market.