I recently received my tickets for the up-coming MCM London Comic Con on the 26th through 28th of October at the ExCel Center in the heart of London’s Royal Docks.  Cheers.

Since then, I’ve been receiving the marketing updates and press-release emails detailing the show’s content.

Chin scratch.   If this show’s in the same section of the ExCel that staged London’s Super Comic Convention, then to be honest… the line-up and content will need to distract us from the dingy, echoey, industrial space that accommodates.  Which I’m sure it will.  Smiley face.

Some pretty cool stuff on the roster by the looks of things:

What’s On At October’s Comic Con?

Doctor Who’s Matt Smith will be attending the Friday of the show to mark the launch of the Doctor Who Series 7: Part 1 DVD. Matt will be hosting a panel alongside Doctor Who executive produce Caroline Skinner, as well as signing copies of the new DVD.

Tickets for MCM London Comic Con on 26-28 October are available at www.londonexpo.com/faq/tickets 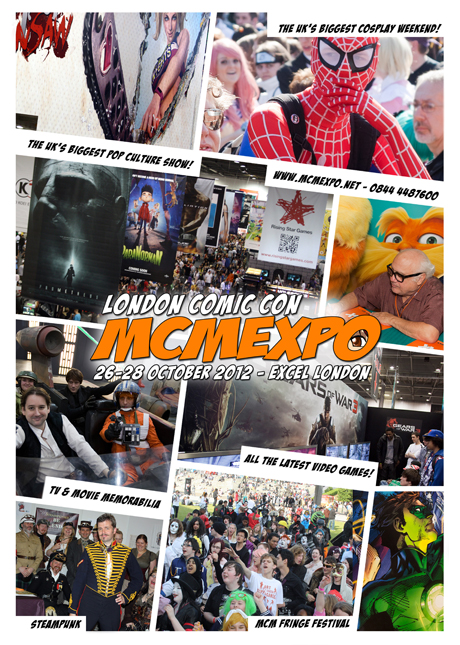 Should be fun.  Shout below if you’re a massive English nerd and plan on going.