Remaining anonymous to protect his true identity, this ballsy British banker has declared his very own war on crime in England’s second city: Birmingham. This normal-looking English chap crunches numbers in a boring office by day. By night however, he becomes… ‘The Statesmen’ and fights crime on Birmingham’s back-streets, just like our favourite, fictional, valiant vigilantes.

In full uniform: The Statesmen is adamant that even his girlfriend doesn’t know about his new-found nocturnal, crime-fighting exploits, which is surprising to say the least. Firstly, that he even has a girlfriend is great news for everyone. But, if by chance she happens to hear about the slightly podgy banker who’s taken to crime-fighting in the evenings and works in the Birmingham area, there’s a good chance she’ll smell a rat. It’s lucky there’s nothing distinctive about his face… 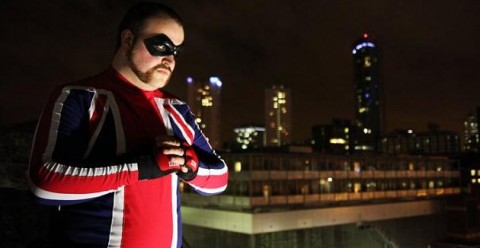 Former soldier in the Territorial Army, The Statesmen carries a first-aid kit when on patrol. He also carries a torch and a notepad for writing down ‘important crime-fighting information’. An outdated mobile phone completes his ‘utility-kit’ and comes in handy if he ever needs to call for backup…  from the Police. 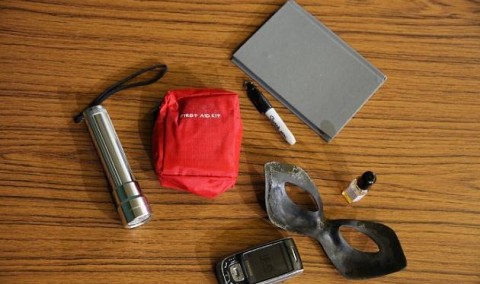 Should we be proud of The Statesmen? Nope.

Should we be mad at him for ruining the cool and edgy nature of the stories we love? Should stories like Kick-Ass be held accountable for this crazy behavior? 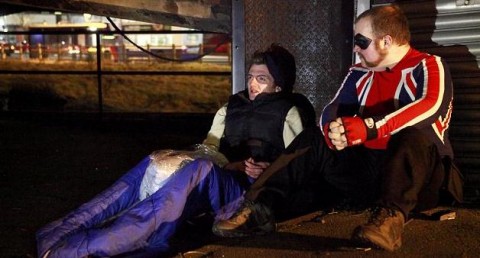 Who cares.  What a banker.