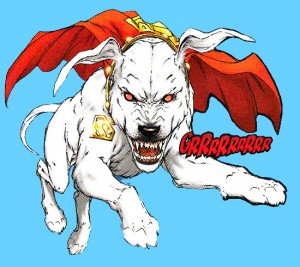 DATELINE: SMALLVILLE – Mystery and controversy swirl around ACTION #13. It all began when it was learned that issue will feature the return of KRYPTO the Super-Dog. Buzz around the Comics industry is that it will not be the happiest of returns. One source has confirmed that there will be a death involved but would not identify who dies..only that it is the result of a “Leg-humping incident gone horribly, horribly wrong” 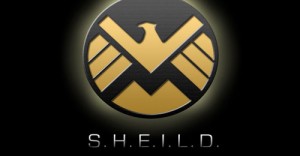 DATELINE: NEW YORK – Casting is underway for the S.H.I.E.L.D.  television series, created by JOSS WHEDON. Whedon is looking for actors to fill the roles of agents created specifically for the new series, including: AGENT SLAPPY, described as a jolly prankster who always stands on Nick Fury’s left side so he can make faces at him and not get caught. AGENT MURMUR, described as a beautiful woman who uses her looks and charm to get whatever she wants. Her special ability is dating a producer. And AGENT SWIFTY, described as an actual agent, who books the other agents in crummy gigs and takes ten percent of everything they make.

DATELINE: DC – It appears that DC is living up to the promise of wise-sweeping changes resulting from the #0 issues. Phantom Stranger #0, made it very clear that the character is going to be responsible for the origin of the major supernatural characters in the DC Universe. This reporter could not get a confirmation from the powers-that-be, but an inside source has leaked snippets of dialogue from upcoming issues of the monthly Phantom Stranger title that would give credence to this theory:

“I agree, Mxyptlk is a cool name, but if you have it legally changed to “Bob”, they’ll never be able to send you back.”

“Mr. Faust –may I call you Felix? Good. Felix, I’ve been watching a lot of Project Runway and this hat is a cutting edge fashion statement. When the rest of the world sees YOU wearing a crematorium urn on your head, EVERYBODY will be wearing crematorium urns on their head!”

“I’ve been thinking, Etrigan. If you REALLY want to piss people off all the time, why not talk in nothing but poetry? I’ll start you off: ‘There was a young man fromNantucket—‘  “