DEADLINE: Pittsfield, Maine–  64-year old Dennis Lalime was returning from a Halloween party and lost control of his car, then struck multiple trees and rocks before coming to a rest. Lalime was arrested and charged with Operating Under the Influence. This is his booking picture: 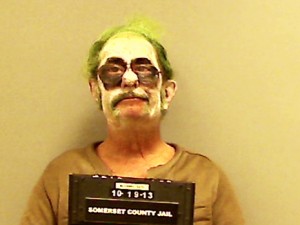 According to reports, Lalime’s defense will be that the entire incident is an homage  to Jokers past: “Yes, I WAS under the influence– the influence of Jack Nicholson’s  bizarre hair, Heath Ledger’s terrifying make-up, and Ceasar Romero’s crappy moustache.” 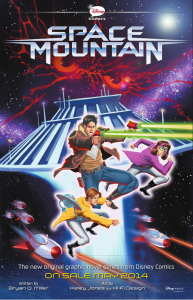 DATELINE: Magic Kingdom –  DISNEY PRESS has announced plans for a series of graphic novels based on the popular SPACE MOUNTAIN attraction. Written by Brian Q. Miller and drawn by Kelley Jones, the graphic novel is expected to hit shelves the first week of May 2014. DISNEY officials are hoping THIS attraction-based graphic novel is better received than 2011’s “The Sad Little Boy Who Got Puked On By Drunk Buzz Lightyear” 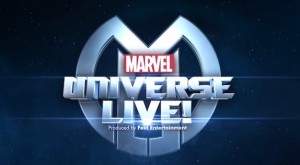 DATELINE: New York City–  One of the big announcements at  New York Comic Con was when Marvel  unveiled the first look at its new traveling show called MARVEL UNIVERSE LIVE! With some already labelling it  “Cirque de Marvel”, this ambitious  production kicks off a two-year 85 city North American tour next summer with  pyrotechnics, aerial stunts, martial arts and “just about EVERY Marvel Universe hero in one arena at one time”. This, combined with Marvel’s successful Broadway musical, SPIDER-MAN: TURN OFF THE DARK, paves the way for future live productions– DANCING WITH THE STARJAMMERS, JAMIE MADROX: THE ONE-MAN SHOW, and FEARLESS DEFENDERS ON ICE,