I can’t think of any New Year’s resolutions. My career is going great. Studios are lining up to do whatever movies I want. I’ve got a gorgeous woman on my arm and a lifetime supply of cans of Dapper Dan.  Give me some advice on what I can possibly resolve.

Georgie-Porgie, I have known you since the days your Uncle Nick and I chased cocktail waitresses in the finer drinking establishments of the greater Cincinnati metro. You know I only give comic book-related advice.

Ironically, I have just completed a list of recommended resolutions for EVERYBODY involved in comics. Would you like to see them? Of course you would, because you are a very bright lad. 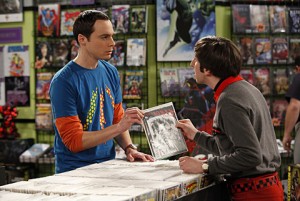 –Resolve to Not Buy a Comic Just Because of the Cover:

–Resolve to Stop Expecting Every Super-Hero Comic To Be Epic In Scope:

Some of the best stories in any genre, any medium are the smaller, intimate stories that allow characters to develop and relationships to become more interesting. Don’t be this guy- “They didn’t blow up a single heli-carrier! What a gyp!”

–Resolve to Really Think About What You Are Getting When You Buy a Digital Comic:

Wave of the future blah-blah-blah, I get all that. But be honest with yourself. Are you paying the same amount of money for a noncorporeal version of a physical item because you can’t wait for the comic shop to open at 10am? If that’s what floats your boat, more power to you. But I think comic collecting will lose something if in 2035 someone asks to see your comic book collection and you show them a shot glass full of thumb drives. 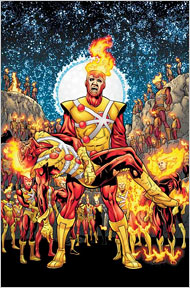 –Resolve to Stop Blatantly Ripping Off Other Art and Calling It an Homage or Parody:

It’s lazy. Really. I guarantee something very similar to this statement has been uttered at a Marvel editorial meeting: “How about this: Da Vinci’s ‘Last Supper’, but with Deadpool as Jesus and those twelve Zodiac people as the Disciples?”

According to the latest updates here on CBD, you folks at Marvel and DC have movies slated until the next millennium, so it may surprise you when I say you are not taking a long-term approach to comics. By forcing writers and artists to recycle existing heroes, villains, and storylines because they are corporate commodities is folly. You have the world’s most talented creators at your disposal. Let them create. New ideas form the lifeblood of this industry. Nurture them and support them. 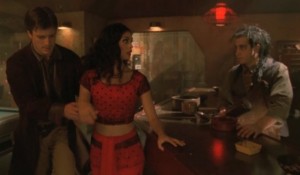 –Resolve to Dance With the Ones That Brung Ya #1:

Keep in mind the people who made you what you are. The ones that created you in the first place. Fans. Quit catering to Film and TV entities at the expense of the fans. Charging 150 bucks for the chance to spend ten minutes with some Hollywood type who doesn’t even remember playing ‘Bouncer’ on that train heist episode of “Firefly” is it’s own kind of heist.

–Resolve to Dance With the Ones That Brung Ya #2:

I see fewer and fewer dealers at every con I attend. Here’s a handy little formula for you con organizers to use– If at any time on your floor you have more cosplayers than “4 For $1” boxes, you are charging your dealers too much. 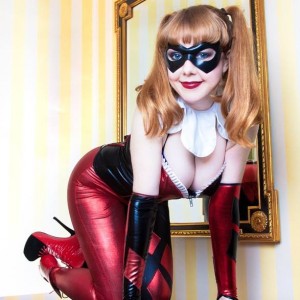 You are doing just fine.

And whaddaya know, George, I thought of a resolution for you. 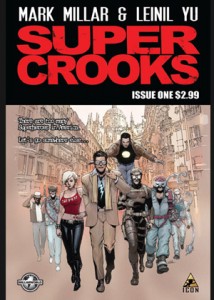 –Resolve To Acquire the Rights to Mark Millar and Lenil Yu’s ‘Super Crooks’:

You want to make a truly unique ‘Ocean’s Fourteen’? Here you go.