This is an old irritation for me but other than on Comic Book Daily doesn’t seem to be gaining any traction. Why oh why do websites continue to review comics but only include a shot of the cover with no shots of interior pages included? These are comics: one part words and one part pictures. Including one or more images of the comics art or sample pages immediately provides 50% or more of what the comic contains.

The worst part of reviews that only include the cover is that for most comics the cover artist didn’t do any of the interior art so not only are you failing to see what the comic looks like you’re actually being duped by the cover. Oh look at the cover below: I love Adam Hughes and there is a great image of his on the Batgirl Vol 1 trade paperback so it must look just like that inside! 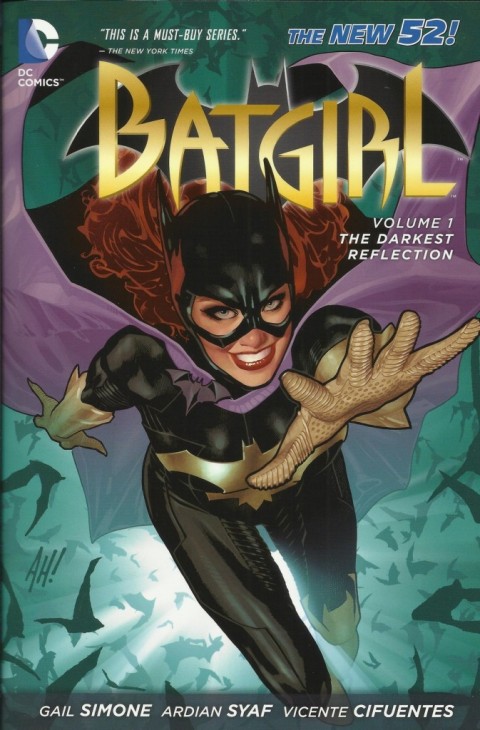 It’s not uncommon to come across a 1000-2000 word review of a comic, discussing every aspect of the book from characters, plot, development, story and then art style, inking, colour, etc. How about they drop a few hundred words describing the art style and instead show a page from the comic? It’s not that hard: whenever I’m reviewing a comic I do an internet search for “title+preview” so “Batgirl preview” or “Blacksad preview”. And that’s only if I’ve failed to come across a nice preview at the publisher’s site. This is not a lot of work. U.S. copyright laws specifically allow reviews of material to show the works, so there’s no legal wrangling to put up a few images.

This is a graphic medium we’re enjoying here and requires that graphic element to be shown. I don’t read reviews to see what the reviewer thought of the comic: I read the review to get a sense of the work and whether I’d like it. The best way for me to do that is to see a few pages and get an idea of what it looks like and how the story flows, text is done, colours work and so on. Give me as the consumer the power to make an informed decision.