There are a lot of things that happen in comic books that we accepts as fact.  Many of these events have happened generations ago.  It’s hard to fathom it sometimes, but yes it’s true, many things happened in comics when your Grandparents were kids.

I’ve been thinking about these events from comics, and I’m trying to think of how they happened.  Now I can troll the internets and find the answer, but that doesn’t sound like fun to me.

I want you, the Comic Book Daily Nation, to tell me the answer to my questions.

These are the things make me go Hmmm!

How did Nick Fury lose his eye?

Nick Fury only has sight in one eye.  Whether it has been the comics, cartoons or movies, Nick always has his signature eyepatch.  How did he lose it?

With the sophistication of magic and technology in comics, why doesn’t he have a prosthetic or cybernetic eyeball?

Or does he just like the look of it?

How does Spider-Man stick to walls? 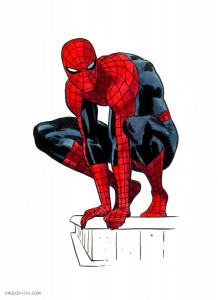 Sam Raimi’s Spider-Man movie tried to explain how our Friendly Neighbourhood Spider-Man sticks to wall.  Little tiny barbs come out of his fingers and he was able to stick to the wall.  But he was wearing shoes, so how does that work?

We’ve also seen various parts of Spider-Man’s body stick to walls, so how does that work?

Or do we just accept the fact that he can walk on walls at face value? 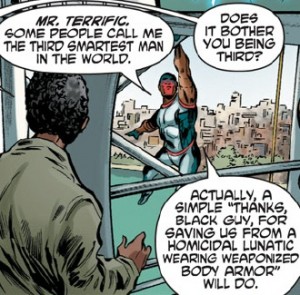 Is he the third smartest in the DC universe only, or is the Marvel universe considered in that statement too?

Plus the statement says third smartest man, not person.  Does that mean that there are women out there that are smarter than Mr. Terrific?

How does Captain America’s shield always come back to him? 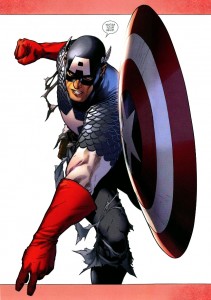 Usually when Cap tosses his shield, it will find its way back to him.  I know there have been several explanations about how this happens (micro transistors in his gloves) to having excellent aim.  But I would like to know for sure.

How much money does Bruce Wayne (Batman) have?

I know Bruce Wayne’s wealth changes from era to era.  He used to be a millionaire when that was a lot of money.  Now he’s a billionaire.  But how much?

Keeping Batman’s infrastructure has got to be pretty expensive.  Batmobiles just don’t fix themselves.

So these are a couple of questions that keep me up at night.  Now it’s your turn.  Do you know the answer to my queries?  Tell me the answer in the comment section below.