Even since San Diego Comic Convention, the news has been floating around the internet that the television series Arrow, will lead into a launch of a Flash TV series.  It has also been rumoured that these two shows will eventually lead into a Justice League movie, which will be tied to the Man of Steel film franchise.

I like the idea of combining the television and feature films of our favourite DC superheroes.  But not this way.

It feels like they (DC and Warner Brothers) are playing catch up to Marvel and Disney. 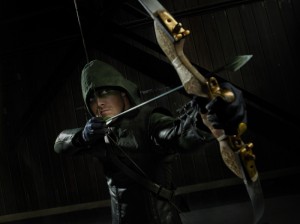 I don’t watch Arrow.  I have been told on multiple occasions that it is a decent show.  But it hasn’t grabbed my attention.  I also have issues with how Christopher Nolan’s Batman franchise ended.  And how the Man of Steel film franchise started (I’ve stated my opinion on multiple occasions).  It isn’t a good idea to tie them together now.  So what should DC and Warner’s do? 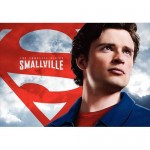 Marvel and Disney had a plan laid out from the beginning.  They had the foresight to know that all the characters that were within Disney’s right’s ownership, would all be featured in one common universe.

And now we have the Agents of S.H.I.E.L.D. TV show to link all the “Avengers” movies together.  And the show is going to be on ABC (Disney’s TV channel).  Which is easier to find on your cable box, than the CW.

You may blame me for being a “Marvel-Fan Boy”.  I don’t think I am.  I really want to like what DC has done, but it isn’t true.  Disney had the plan right from the start.  The evolution of the movie and TV versions of our favourite characters felt right.

What DC is doing feels wrong.  And I don’t see it leading to “creative success”.  It’s going to make a bunch of cash.  But in the end it won’t create a lasting legacy for generations to come.