What the hell has happened to the toy industry?

Why are they making crap?

The new toys have just hit the shelves to help support the new Wolverine movie, and they are a complete disgrace.  They look like they should be dollar store fodder.  Or in a discount bin.  Not hanging on the peg at a store like Toys R Us. 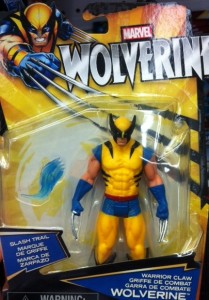 They have very limited articulation.  The paint job is horrible.  If you look at the face of the figure, it looks like Logan was kicked in the head by a donkey (he’s cross-eyed folks!).

The figures are being sold at a budget price, but I can’t even justify spending anything on this kind of garbage.  And it’s not just the Wolverine movie.  They pulled this same trick with the Iron Man 3 and Ultimate Spider-Man toys.  Inferior paint jobs.  Limited articulation.  They look like a complete waste of money when you compare the figures to the toys that came out for the previous movies.  Oh… and don’t get me going about DC.  DC hasn’t come out with a decent movie action figure since Batman came out in 1989. 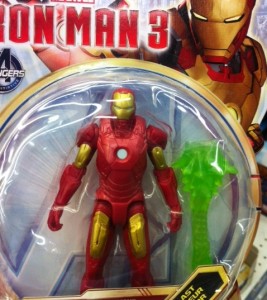 These inferior, cheap ass toys are just going to stay on those toy store racks forever.  Collector’s like myself are not going to cough up the cash to pay for them.  And I am pretty sure that kids aren’t going to spend their paper route money to buy them either, because I’m not convinced that kids buy toys any more (but that’s a column for another day).

The decline in quality has to be because of money.  That’s the only reason that makes sense to me.  Articulation is possible through the addition of new pieces.  Extra pieces cost money.  Collector’s love articulation, but we also hate paying too much for a toy.  So that is where we have our impasse.  The manufacturing company wants to make more money, but we don’t want to pay too much for the premiere quality items.  So in the end, the toy companies come out with crappy toys, and we keep our money. 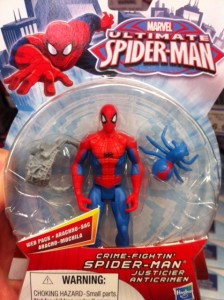 There is only one resolution.  Toy companies… please make the toys we want to buy.  Marvel Universe, Iron Man 2 and Wolverine Origins figures were great.  Yes we didn’t buy every toy that came out, but how many different Iron Man suits can you buy?  We gladly paid $9.99 to $11.99 (CAD) for those toys, but they were awesome.  I’m sorry… they may be $6.99 but there isn’t a chance in the world that I’m going to pay for the crap that you are coming out with.  Because there are a lot of other toy companies that are coming out with great stuff, that I don’t mind paying more money for (NECA toys comes to mind).