Something has been bugging me for a really long time, and I need to get it off my chest.

Lately there has been a lot of talk about movies and comic books.  One of the big topics has been the upcoming Star Wars Episode VII.  There has been a lot of debate on who the director should be for the new movie.  I’ve heard of lots of name being batted around.  Matthew Vaughan and Steven Spielberg are just two of the names that stick out to me. 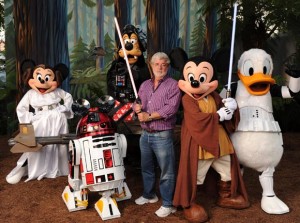 Recently a host on an entertainment television program said that Quentin Tarantino should be the next director for Star Wars VII.  My jaw dropped when I heard that.  It is possibly the worst idea ever… ever for Star Wars.

Now don’t get me wrong.  I like Tarantino.  I love Pulp Fiction, Death Proof, Reservoir Dogs and Kill Bill.  But Tarantino is not the right fit for Star Wars.

It’s also becoming a trend with comic book movies too.  More and more we are hearing that fans want comic book or Super Hero movies to be more serious.  They want the movies to be dark and gritty, and filled with realism.  Comic book and Super Hero movies are supposed to be fun.  It seems that everyone’s solution for a hit movie is to have Christopher Nolan attached to it somehow.  Look at the upcoming Superman Man of Steel.  Nolan has his fingers in that too.

Batman Begins rebooted the Batman franchise perfectly.  It had everything we needed for an origin story for Batman.  My kids won’t watch the movie, because it takes too long for Batman to show up on screen.  They get bored and move onto something else.  It’s the same with The Dark Knight and The Dark Knight Rises.  It’s not made for kids.  It is too dark and it is too serious.  Yes, it is great for the adult viewer, but what about the fan who wants to see a light-hearted Batman movie? 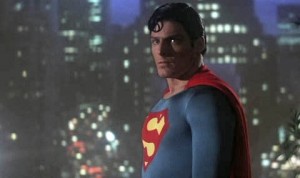 If you are like me, a kid who grew up in the 80’s, which movie did you prefer?  Superman or Superman II.  I am willing to bet that most of you said Superman II.  And why do I think that?  Because it was fun.

The original Superman movie was boring.  On the whole it was good.  But it took forever before Superman showed up on screen.  Superman II started right off with action.  On top of that, the climax of the movie had Superman fighting Zod and his crew in the streets of Metropolis.  What kid doesn’t love to see that?

Writing this column on a weekly basis can become daunting at times.  It is real easy to become quickly jaded and think everything is crap.  That’s why I try to have my inner 12 year old take over at look at things with an open mind.  It especially helps when watching movies.  Take Ghost Rider 2 for example.  Yes it was a horrible movie.  The acting was pitiful, except for Idris Elba: he was great.  The plot was weak.  But when you watched that movie, could you hear your inner 12 year old yell “Hell Yeah!” when Ghost Rider transformed the excavator into a Tonka Toy From Hell?  Did your inner 12 year old laugh when Ghost Rider peed fire?  Mine did.

I just want the movie industry to stop taking itself so seriously.  I want comic book and Super Hero movies made accessible to everybody.  If I want to see it by myself it needs to be entertaining.  But I also want to be able to take my family to see the movie too.  It may be too much to ask, but I think it is possible.  The Avengers did it, why can’t other movies?