The Dark Knight Rises is coming to theatres this summer, and from the very beginning we’ve been told this will be the third and final film in the franchise by Christopher Nolan.  So what does the future hold for Batman on the big screen?

It is obvious that there will be another Batman movie.  It would be ridiculous to not make more Batman movies.  The Batman franchise has always been very popular and I don’t think Warner Brothers or DC will walk away from a project that will make movies, and more importantly… money.

So where do we go from Dark Knight Rises?

I have an idea. 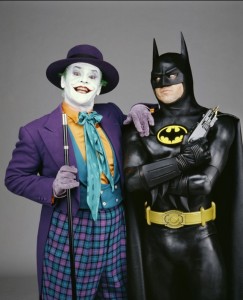 Bring back Michael Keaton to be Batman again.

Now before you completely dismiss me as crazy, hear me out.

Just imagine a Gotham City of the future.  Crime has been stopped and there is no need for the Dark Knight anymore.  Bruce Wayne hangs up the cape and cowl, and Batman finally retires.

A new villain enters onto the scene and the Gotham City Police Department is powerless against this new foe.  There is only one answer… Batman must return to take on this foe, proving that Gotham City will always need a Batman.

I think the Batman Beyond idea is the best way to go.  It would introduce a new franchise that could have a series of movies, that could sustain itself, while at the same time a “present” day Batman movie series could come out that they could run independantly of each other (or have events from present day, affect future Batman).

Since Batman was released in 1989, Michael Keaton, Val Kilmer, George Clooney and Christian Bale have appeared on the big screen as the Caped Crusader.  My favourite out of that group is Michael Keaton.  There was controversy at the time when he was announced as Batman, because he was a comedic actor (back in 1989 I thought Tom Hanks would’ve been a perfect Peter Parker).  Michael Keaton brought a depth and seriousness to the Batman character that was amazing.  He portrayed Bruce Wayne well, but I think his Batman is the benchmark of what Batman should be, and the actors to play Batman afterwards (including Kevin Conroy’s voice portrayal) have been an imitation of Keaton’s Batman. 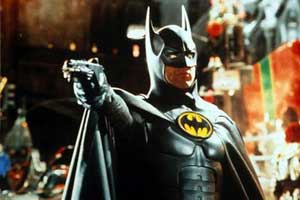 When production started on Batman Forever, Michael Keaton stepped down as Batman.  I remember at the time, the story was he didn’t want to be type-cast as Batman anymore (a radio station joked that the last movie he was offered was “Bat-Ninjas From Hell”).  Years later it was revealed that he didn’t like the direction the movie series was headed after Tim Burton lost the directing duties to Joel Schumacher.  It was also reported that Warner Brothers offered Michael Keaton $15 Million to play Batman again in Batman Forever.  He still declined.  I’d like to think the original Batman franchise would have been more successful if Michael Keaton stayed on as Batman (and Joel Schumacher was never allowed to direct a Batman movie).

I know the idea of Michael Keaton returning is far-fetched and crazy, but there are worse ideas being pitched for movies out there.