The comic book world is still spinning from the news this week that Marvel is shaking things up a bit, and changing some of their major characters.  Originally I was going to write this article about the power of Thor being transferred from Thor to a new female character.  That is a column within itself.  But this week we hear more news that the mantle of Captain America is being passed from Steve Rogers, to his friend and ally Sam Wilson.

It’s been a “buzz” worthy week.

Thor will now be a woman.

Captain America is going to be African-American.

Bold moves by Marvel on both parts.  But are they necessary?

(Oh… I forgot to mention the changes to Iron Man as well… but you can see where I’m going with this.) 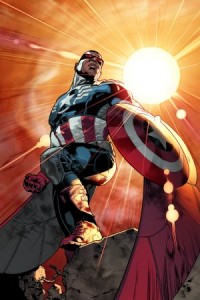 There has been “buzz” over these changes in Marvel Comics.  Some are happy with the changes and see Marvel Comics injecting new life into characters that have been around for decades.  Others are upset with changing the gender or ethnicity of iconic characters, who are ingrained into our “Pop Culture Consciousness” and shouldn’t be tampered or messed with.  Both sides of this discussion are valid, and I think that’s why Marvel essentially did this.

To get us talking.

The Marvel Cinematic Universe is immensely popular.  The Avengers is one of the biggest movies of all time.  But that doesn’t necessarily mean more “eyeballs” looking at the printed page.  We are not in the hay-day of comics right now.  Creatively, the artwork and story in comics right now is amazing, but as far as financially – comics aren’t selling the way the did back in the 90’s during the “speculation boom”.  Plus with society today, we become desensitized to news.  Unless something is truly shocking, we don’t care.  It has to be something drastic to grab our attention and take notice.

But changing things by having Thor’s power transfer to someone else or Captain America pass his shield to Falcon has made us take notice.

But we shouldn’t be too shocked.  We’ve seen these changes happen before too.  When Captain America died during the Brubaker/Epting run.  There needed to be a new Captain America.  The logical choice was Bucky Barnes.  “Bucky Cap” had some of the best story lines in Captain America’s history, and allowed the character to go to new places that it couldn’t go with Steve Rogers.  The same will be for Sam Wilson.  “Falcon Cap” will add a new dynamic to the character because of the history of Sam Wilson.  He didn’t live Steve Rogers life, so he can only be Cap the best way he sees fit. 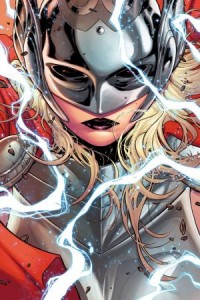 Thor’s power has transferred too.  We’ve seen it bestowed on Beta Ray Bill in one of the greatest comic stories of all time!!!! (I’m a little bit biased because I love Beta Ray Bill)  We don’t look back on that moment with shock or outrage.  It’s a highly regarded story, and it’s the epitome of Walt Simonson’s run on Thor.  Thor was also a frog at one time, and we look at that as a classic in the lore of Thor.  The power of Thor being transferred to a woman is no big deal.  It will be a refreshing look at the character and will add new stories to the long history of the character.

I know everything will return to normal in time.  I just wish Marvel would tell us when it was going to happen.  But as Dan Slott tweeted me during the Doctor Octopus/Peter Parker switch in Superior Spider-Man “isn’t not knowing the best?”

Just a final thought here… it’s seems odd that Marvel chose to change existing characters, rather than introduce new female or ethnic characters?  Would those new characters carry the same impact as Thor and Captain America?  Would the announcement of a new “woman character” or “ethnic character” be carried by mainstream media like The View or Steve Colbert?