Be warned there are spoilers ahead.

Did you catch Marvel Studios: Assembling a Universe on TV last week?

In case you missed it, let me recap very quickly.  It was essentially a State-of-the-Union address from Marvel Studios, explaining how the Marvel Cinematic Universe came to be, how we got to today, and where it is going into the future.  All 3 waves of Marvel films were summarized, as well as the Agents of S.H.I.E.L.D. TV show and the Marvel One-Shots (the special features on the Marvel Blu-Rays).

It was exceptional television.  Except for one thing… 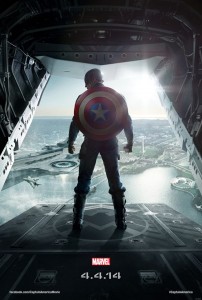 Now all of us comic book readers know that James “Bucky” Barnes is the Winter Soldier.  Ed Brubaker and Steve Epting created one of the most iconic stories of the last 25 years, about the return of Bucky Barnes and created one of the best villains/anti-heroes in the Marvel Universe today.  A lot of us have read that story.  We also know that Bucky became Captain America for a while, before his death was faked so he resumes his role as the Winter Soldier.

But there are a lot of people who will go see the Marvel movie and not know the role Bucky Barnes plays in the life of Captain America.  They don’t know that Steve Rogers closest friend and ally will be he 2nd greatest nemesis (Red Skull has to be #1).  I can’t believe that Marvel would give the secret away before the movie premieres. 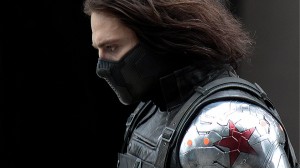 This secret would have been something special for the movie going public.  Nowadays there aren’t too many secrets or mysteries when it comes to movies.  We don’t get those surprise plot twists like when we find out that Darth Vader is Luke Skywalker’s father, or that Kevin Spacey is Keyser Soze.  Those are magical movie moments that will stay with us forever.  I just wanted that to be the same for Bucky Barnes when people find out he is the Winter Soldier.  I just want to hear the gasp in the theatre when people find out who he is.

That being said… will people care?

Bucky Barnes was under-utilized in Captain America: The First Avenger.  Essentially he was a minor character, and when he died it wasn’t spectacular or heart wrenching.  He just sort of disappeared into oblivion.  The only scene that mourned him in the movie was Steve sitting in a bombed out bar trying to get drunk.

So maybe that is why they let the “Bucky out of the bag” in regards to Winter Soldier’s identity.  Just to let people know ahead of time, so they will at least have an idea on who was James “Bucky” Barnes.

Captain America: Winter Soldier hits theatres on April 4th, and if you happen to be going with someone who doesn’t know the secret of Bucky Barnes, keep quiet.  Let them find out for themselves and hopefully they will have their “Keyser Soze” moment.