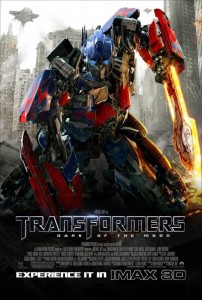 This past weekend I went down to the local movie house, and got to see Transformers: Dark Of The Moon on the big screen.  All I can say is… Wow.  This is the Transformers movie we have been waiting for.

If you are looking for a movie review (like for promotional advertising, hint, hint), I’ll write it for you… “It’s Transformer-ific!” – Comic Book Daily.  Other than that, I really enjoyed the movie.  It could be the best of the series, but I prefer to wait a couple of years to make that proclamation.

So instead of giving a review of the movie, I thought I would mention the things I really liked about the movie.  This could contain spoilers, so if you don’t want any spoilers, bookmark this page, then come back after you see the movie.

There was another scene where Wheelie and Brains are watching Star Trek on TV.  Spock was on the screen and Brains says “Isn’t this the one where he goes crazy?”  Which I took as a hint (in retrospect) to Sentinel Prime’s intentions. 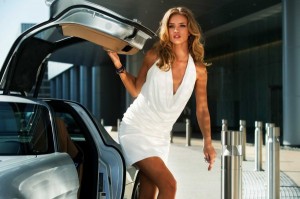 Megan Fox… who’s Megan Fox?  Was she even in any Transformer movie?

Rosie Huntington-Whitely made me forget totally about Megan Fox and her character Michaela.

The addition of Carly Spencer (Rosie’s character) was inevitable.  In the Transformers universe Carly and Sam (aka Spike) meet, get married and have a son Daniel.  You couldn’t have the character Sam Witwicky, without having Carly in the movie somewhere.

Rosie Huntington-Whitely is absolutely beautiful as well.  You can definitely tell she is a Victoria Secret model.  During the action scenes I could hear my wife whisper “Those are some pretty good high heels, she can do a lot of running in those.”

I was also glad to see Skids and Mudflap are gone.  I, like many people, hated those Transformers.  The comic relief in this movie was Wheelie (voiced by Sponge Bob Square Pants) and Brains (voiced by Carl from Mike and Molly).  They had some very funny moments that were fun to watch.  Not painful to watch like Skids and Mudflap. 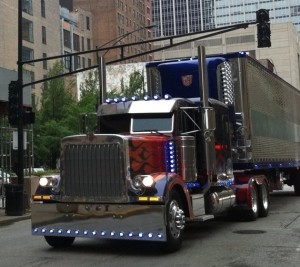 Since Dark of the Moon is a darker movie, Sam Witwicky’s character transformed as well.  He isn’t the smart-mouthed teenager anymore.  He is frustrated because he has saved the world twice, and nobody knows about it.  He is also frustrated that he doesn’t get to see Bumblebee as much anymore, and he can’t work with the Autobots and N.E.S.T.  He accepts a job after the employer (John Malkovich) tells him “You want the job after this job, but you need this one first”.  It is a job in the mail room, but the Decepticon plot is revealed to him at his new place of work.  Sam finds out that Carly’s new boss (McDreamy as one person yelled out in the theatre) works for the Decepticons, and there is a human coalition working for Megatron. 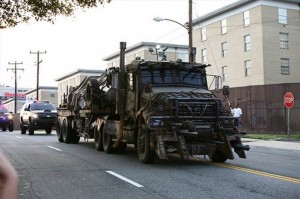 Megatron has a new look for Dark of the Moon.  This is the best vehicle mode for Megatron… ever.  Megatron hasn’t recovered from his injuries sustained in Revenge of the Fallen.  He is still in Africa plotting against the Autobots.  His new vehicle mode is a Mack tanker truck.  It looks like it is straight out of Road Warrior.  It looks tough.  It looks mean.  It is perfect for Megatron.

If this is the final Transformer movie, it has ended well.  The Decpticons have been defeated.  Megatron, Shockwave and Starscream are gone.  There isn’t anybody left to lead the Decepticons, except for Shockwave, I think he survived (the Decepticons all look the same after a while).  If there was going to be a fourth movie, it would have to be a big enemy.  I mean really big.  Unicron would be the only reason to make another Transformers movie.  There are still lots of Autobots to introduce (for example Rodimus and Ultra Magnus), who could fight against Unicron.

This might look like the end for the Transformers movie franchise, but you know there is more than meets the eye!