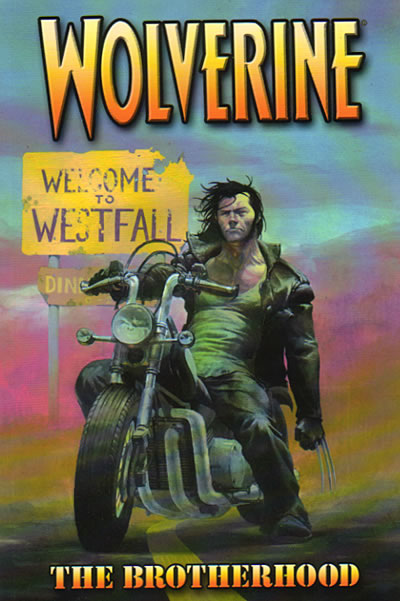 Wolverine may be one of Marvel’s most yet intriguing anti-heroes, but there are a few traits that fans can always rely on when reading the adventures of this surly Canadian. 1) He hates bullies, cults and nazis and 2) He has a soft spot for girls in trouble. These important elements combine in the Brotherhood to create a gritty, introspective story that die-hard fans and novices will equally appreciate. Even though this collection is a few years old, I still think it is a vastly underrated series and I felt it needed a spotlight of deserved recognition.

The story, written by Greg Rucka (who, in my opinion, was born to write about the ol’ Canucklehead), offers a realistic blend of classically complex Wolverine as we see him struggle to find a balance between both the savage and the samaritan within while investigating the brutal details behind the murder of a young waitress who revealed to him her story through the pages of her diary. As Wolverine gets closer to the truth, an ATF agent named Cassie Lathrop crosses his path and finds herself becoming emotionally invested in him as she realizes they share a common goal. His aloofness toward her combined with his passion for avenging the young girl’s death keep the story rolling at a vigorous pace.

The continuation of this journey is found in the second (and now out-of-print) installment callled Coyote Crossing. Some readers may grump and groan at a plot that steers away from elaborating on the Wolverine mythos with which we’re all familar, but I found it refreshing that, instead of focusing on his tortured past or his fragmented memories or what latest killing machine has been sent to try and put him down permanently, it decides to becomes a rugged, stand-alone storyline in which Wolvie is forced to face not only his own inner demons, but the ones that exist in others as well. The story itself unfolds with Logan tracking down the leader of a Mexican gang while being followed by Lathrop, who, of course, develops a not-so-minor obsession with his brooding, mysterious personality. I won’t spoil what follows for those of you who haven’t read it yet, but I will say that this particular story does a fantastic job at establishing Logan’s humanity.

The artwork is also more discriminating than Robertson and Palmer’s work on The Brotherhood. Wolvie is short and stocky, but for a while, too many artists had a mindset that drawing Logan must mean something akin to a Neanderthal with a perpetually cocky smirk. The art in Coyote Crossing conveys his stature with amazing accuracy, but also does a great job at displaying the elegance and ease of movement of which he’s completely capable. 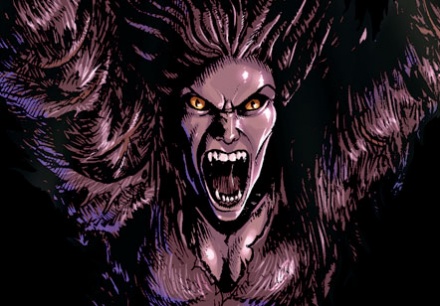 Of course, what Wolverine story would be authentic without a tangled love interest that someone from his past tries to destroy? In the third and final installment, Return of the Native, we get an up-close-and-personal look at just how wretched and merciless Sabretooth can be when it comes to his passion of destroying everything or everyone Logan cares about. This story is more faithful to the common Wolverine origins since he is forced to try and confront the scattered portions of his memories when he meets a strange, savage creature known only as Native. She is quintessentially the other half of Logan, his feral, female counterpart, a trait which he recognizes instantly as he slowly begs her trust and eventually develops a relationship with her. What follows is a tale of amazing strength, love, brutality, and tragedy, the last two mostly at the hands of Sabretooth. If the story itself isn’t enough to make you weep, then the artwork does an impeccable job at making you grab for the nearest box of tissues. Even though I find myself teetering between a combo of good-natured sarcasm and knee-jerk cynicism on my best days, the tiny, soft-shelled, masochistic romantic in me keeps coming back to this story because it shows a rare and intimate side of Logan that I absolutely adore. And no, I’m not just referring to his hairy, well-defined backside.