About a month ago I wrote a column called You’re Creators…So Create Already. It was quite a passionate column with a lot of comments. Mostly lamenting the direction in which Marvel, in particular, had taken in their storytelling. The vast majority of comments lamented the the fact that so many characters no longer bore more than a passing resemblance to the characters that we had grown up with and whether or not that had anything to do with the lack of comic book sales. 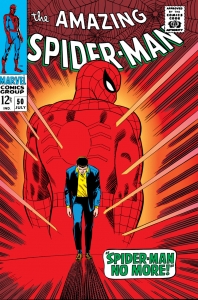 There recently has come many reports that Marvel was abandoning the Social Justice Warrior (SJW) storylines in 2017. It seems a lot more than the readers of this column and site have been abandoning the books that are featuring these SJW storylines.

I for one am glad! I know that me writing that column didn’t bring this about, but it is interesting to see the change many of us requested, being recognized by Marvel. I doubt if anyone will disagree that if these storylines were being well received they would keep on printing them. I know that one of the common sentiments that was espoused was that all of us passionate fans of this medium, regardless of our age, were no longer interested in buying this material and obviously Marvel noticed. Sales of many books are dismal, and as many of us stopped buying, it looks like the suits payed attention, and I think a lot of that comes from the conversations in sites like Comic Book Daily.

For more info on this topic, see Marvel Abandons Social Justice Storylines and all kinds of things pop up.