You know, I realize that I am just a single comic book fan, who is fortunate enough to have a forum like Comic Book Daily, to blab on about what is on my mind regarding comic books in general. I have been a fan since the Silver Age, and that is truly where my love of comics are centered.

Marvel Comics revolutionized the way comics were done in the decade of the 60s. A creative powerhouse that ushered in arguably, the greatest creative explosion in sequential art history.

Between Stan Lee, Jack Kirby and Steve Ditko, pretty well the entire Marvel Universe was born! I hardly recognize what is going on anymore. This will be, hopefully, my last rant on this subject, I am just so disappointed in Marvel!

The brilliance in the creativity of the Silver Age, shines through all the way to the silver screen with the biggest blockbusters of the last decade, primarily being as a result of the Silver Age explosion of colorful and interesting characters.

All the while that this admittedly enjoyable boom in Marvel movies has been going on, sales in comic books has been on the decline.The success at the box office has not translated in a boom in comic sales. 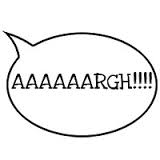 I think when you take a look at the above paragraph, a lot of truths ring out!

If you want to satisfy the whims of current political social awareness, then here is a novel idea. Create new characters!

Quite messing around with the established foundation of the Marvel Universe. You are alienating a very large portion of your base.