Where Jack Kirby was explosive chaos, and John Romita beautiful women and great storytelling, nobody ever drew like Gene Colan. Before or since.

Gene’s artwork moved with a graceful flowing motion. His characters looked like members of your family, or your friend’s family. His mastery of light and shadow was exquisite in its flawless perspective.

One of the reasons I love the Silver Age so much (and the Golden Age for that matter) is that these guys were what kids today would call”old school”. You know what? I like old school. I like the fact that I can instantly recognize the penciller by his style. The way he draws hands for instance. The dynamics of his storytelling. The manner of clothing, or machinery, or shadows. These guys could draw anything: sci-fi, western, superhero! Anything! 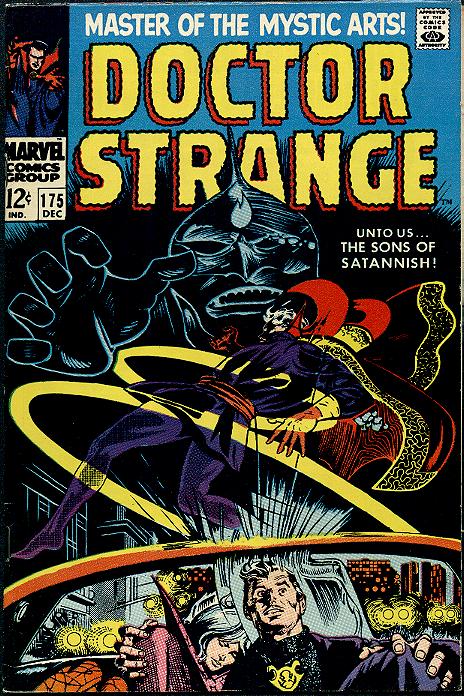 No one was better at it than Gene Colan. My first introduction to Gentleman Gene Colan was Dr.Strange # 175 “Unto us…The Sons of Satanish!” Take a look at the cover of that issue. There was no photoshop in those days. This was artistic technique! Pure Talent! Pure genius! From the vertigo inducing opening page taken from a view deep beneath the streets of New York. To a coven of pure evil. These guys were bad news and they were going after Dr.Strange and Clea.

I did not know the back story of these characters at the time, but because of Gene Colan’s artwork and the fantastic inking of newcomer Tom Palmer, this strip had a look and a feel that made it totally unique. No other comic book looked like this. Tom Palmer used zip-a-tone to enhance Gene’s use of shadows. Now zip-a-tone could come in all different sizes. The dots larger or smaller to give a desired effect, and it had to be cut and pasted in the areas you wanted to have shaded. The effect was like nothing I had ever seen before and it gave a type of photo realistic look to the finished artwork.

Gene layed out the panels on the page in a dizzying fashion that was an integral part of the storytelling process. Gene always worked in full pencils. He didn’t do breakdowns .This made him a lot slower than his contemporaries and it was a lifelong challenge for him to reach deadlines as a result. But boy was it worth it. And I don’t think I will get too many arguments when I say Tom Palmer was the best inker Gen ever had. Just check out their Bronze Age run on Tomb of Dracula. 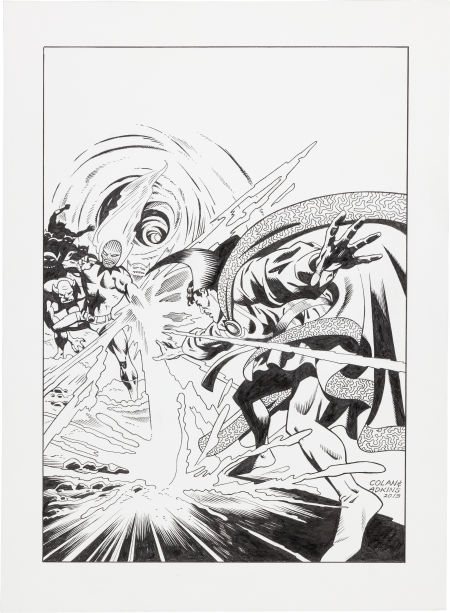 If you have never seen these Dr.Strange stories, I would highly recommend the late 60’s run in his own mag. It was a short lived series lasting from his debut #169 -# 183 but still to this day has some of the finest art and stories ever produced. Gene’s run started at issue #172 of which I have attached a picture of the original art that Dan Adkins recreated just shortly before his death (light Boxed from Gene’s pencils) earlier this year and hangs proudly in the Comicdenn.