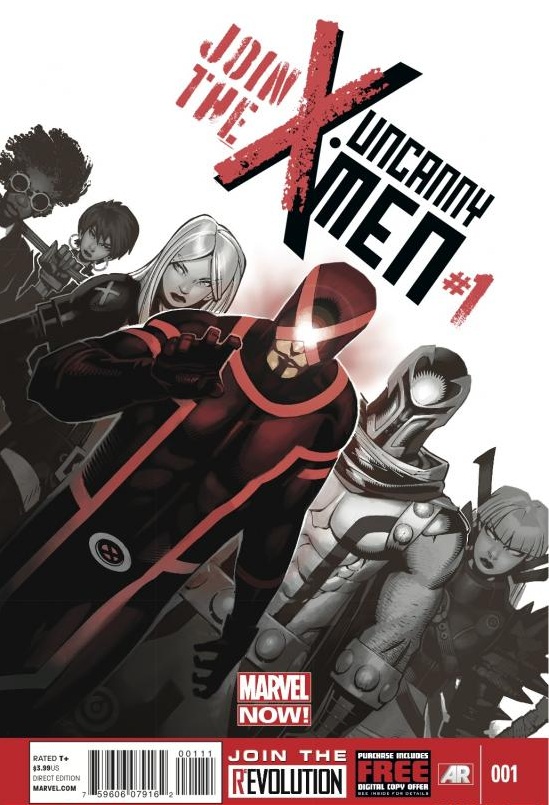 I was looking at a list of the discounts that Marvel is offering to local comic book shops (Bleeding Cool has a good breakdown here) and I wonder if we will ever be able to have accurate sales figures for comic books. Sales data is collected already, but information is only collected on how many issues are sold to comic book stores, not how many titles actually sold to customers. In some cases these numbers would be the same as many shops do sell out of titles, but in other cases a local comic store has hundreds or thousands of copies sitting on the shelves or tucked away in back room. So that doesn’t seem like a good metric to discuss how well a book sold. It is, however, a good metric to discuss how well a book shipped.

The discounts that Marvel (and to a lesser extent DC) offer require that retailers order a certain number of one new title that exceeds the order from a previously shipped title. For example:

Now Uncanny X-Men #1 will be a pretty save bet to go deep on. It has a strong creative team, beloved characters, and it is a #1 issue (people do still love those). But the discount system also means that retailers will potentially be receiving more books than they originally planned to order. Let’s say that you were always planning on ordering 200% of your AVX11 numbers for Uncanny #1. As a retailer you would budget that out and know how much you were going to spend. Now Marvel says “wait, we’ll give you a 15% discount”, so you now have a decision, you can either just take the discount or use your savings to buy more copies. So your unit cost goes down and your profit margins go up. But you now have more copies than you originally needed. There might be a sell through or you might have several long boxes that will find a good home in your basement.

The point is that this practice, while beneficial for both stores and publishers, skews the sales figures because the incentives have changed and stores are ordering more copies than originally planned. Uncanny X-Men #1 will most likely be the biggest book the month it ships, but these figures are potentially grossly inflated due to discounting.

I say potentially because that is the actual problem with the way we track comic book sales. The industry has no idea how many copies are actually sold to customers, but it has a good idea of how many copies were shipped to your local comic book shop. The theory is that stores wouldn’t order books if they weren’t selling, which in fine in theory, but incentives change the way people think and act.

More accurate sales data would require a system that took information on sales from each individual shop and rolled them up into some larger sales database. This seems both impractical and unlikely to happen but I don’t really have a better idea. Yet. Relying on incentive driven orders and the crystal ball-driven predictions that some comic shop retailers make to decide how well a book “sells” seems quite inaccurate. There might be smaller print run books that consistently sell through their runs (and thus should get a larger run) or there might be larger print run books that are languishing in the discount bins.

As the comic book industry grows, a better idea on how to track sales is needed to help publishers assess the wants of their customer base.