In the discipline of Classics, there is a particular branch, aptly named the Classical Tradition, that concerns itself with the study of how Classics was received and maintained by later cultures. I believe that similarly one could study The Comic Book Tradition, as we are seeing the adoption of comic book stories, tropes, and terminology in other entertainment media. Including gambling.

Slot machines are fun to play, but you don’t really have a great chance to win. A good reason why most gambler’s these days opt to play online casino games instead, a popular online venue can be found at schmittscasino.com. It is way more convenient and the chances of winning are much better. However, all gambling jurisdictions have laws that require a slot machine to payback a certain percentage of money (normally from 75% to 98% depending on where you gamble) but they could pay all that money to one person in the form of a jackpot. As such, slot machines and other have a pretty high win percentage for the casinos and they take up the majority of the real estate. In order to entice even more people to pull the one armed bandit slot machines now bear the likeness and follow the story of various intellectual properties, including comic books and all the related nerdy movies. Here are some of the machines that are playing the siren’s call at casinos today. 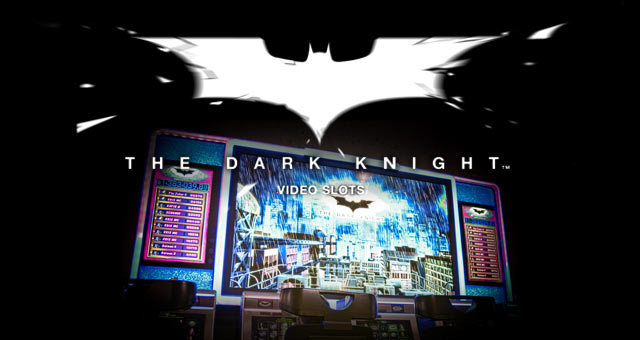 Modelled after the immensely popular film, this machine lets you play as either Batman or the Joker, allowing for a different experience. Your main goal (besides winning money) is to start the bonus round which appears on the enormous screen above you. You chase down the Joker and hilarity ensues. I’ve won a bit on money on this machine, and the voices and music from the movie are a nice touch. However, it is nowhere near as awesome as… 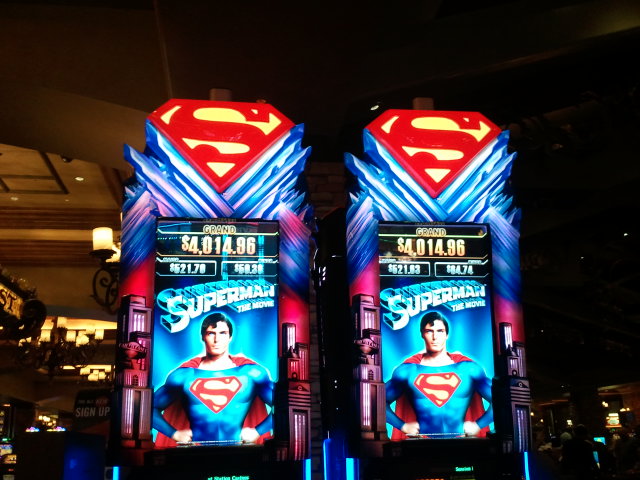 This machine has Gene Hackman’s voice as he yells “Lex Luthor, Super-criminal”! It also has the John Williams score which essentially creates a Pavlovian response of childhood joy in anyone who hears it. Stupid machine took $20 from me though. What’s up Kal-El? You used to be cool. 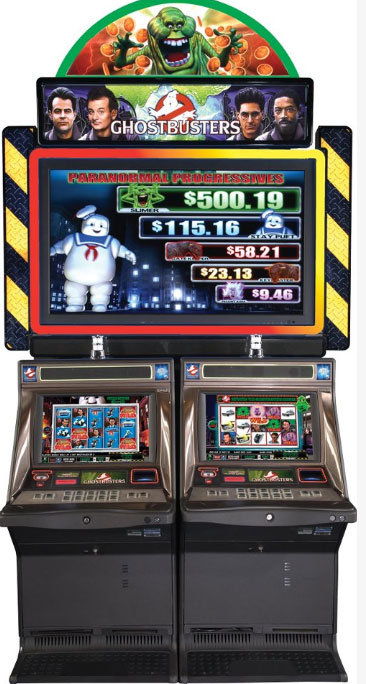 Oh baby! This machine makes the chair vibrate as if the Stay Puft Marshmallow Man is stomping above you! It plays scenes from the movie when you win. I have always won on this machine which I can only assume means that Bill Murray and I are destined to be BFFs. 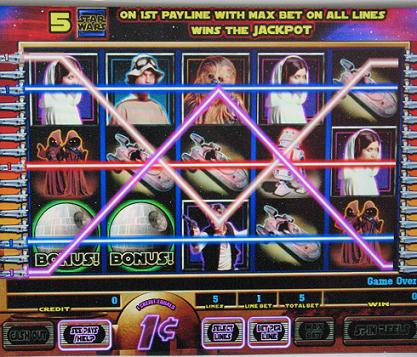 When I am ever pressed on a single movie that is my favourite I always stay Star Wars. But I’ve never ever won anything on this machine but heartbreak so I hate it.

Themed slot machines use several feel-good methods to separate you from your money. They have familiar loved characters, familiar sounds and music, adopt video game style gameplay, and very often are only 1 cent machines (but you really should play 450 lines). They are fun to put $10 or $20 into to see what happens but the Lord of the Rings or AVP or your favourite super-hero aren’t going to help you pay off that mortgage. I do like seeing how comic book properties have continued to enter into other forms of entertainment media, but let’s be honest no one is going to head into a comic book store and buy the latest issue of Action Comics with their winnings from a slot machine.

Oh, and yes I am aware that this isn’t a very good column, but I’m on vacation in Vegas this week so you are lucky you got anything.