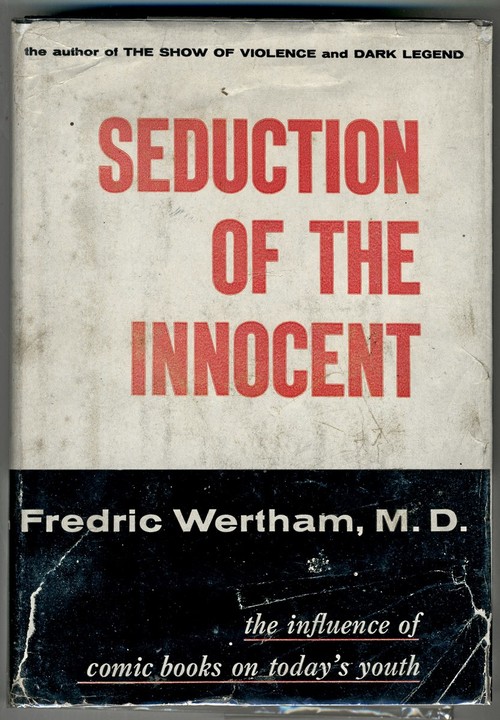 My first thought on Champ’s love letter to the Django Unchained Comic was “geez Danny, get a room”, but his sledgehammer to open a walnut approach to titling columns has generated a good deal of discussion. And that is a good thing. The overarching premise of his article is that mainstream comic books would benefit from following the Tarantino masterpiece because it is about something. That is, real emotional investment has been made in the characters and their actions. Whereas in the majority of comic books a real story isn’t told but a series of things just happen and are put together in an slapdash fashion.

Thinking that comic books are a lesser art form, or pedestrian, or childish and stupid is a very old, and tired, opinion. And one that you actually have to back up. You can get away with saying that something is great without much supporting evidence, but if you say that “a large chunk of what’s being printed right now is amateurish and lazy” you need to back that up with examples, evidence, and proof.

It’s easy to say that superhero comics are garbage. That they are trite, sad stories told by flatulent man-children trying to vainly recreate their joyful youth. And some comics are. Some comics are bad just like some movies or books or songs are bad. But we rarely say things like “music is sh*t” because we don’t like pop music.

I’ve written quite a bit before on how comic books are a medium and within any creative medium there are several genres. And within each genre there will be works of varying quality. If you find that mainstream superhero books don’t do it for you and you dislike the garish costuming and formulaic prose then by all means try some of the other offerings comic books provide. But if you think that you can’t generally find a good story in mainstream comics, well, I’m sorry, you’re just wrong.

I’m not even going to point to Watchmen or Dark Knight Returns or any of the seminal works to prove my point. That would be lazy on my part. Instead I’m going to show you my pull list (some of these I just grab in a collected format).

This is what I am reading right now. And I’m barely scratching the surface of good books.  I can’t read everything and so I pick and choose based on my own tastes and what I need to cover for this website. Some of what I’m buying isn’t great so I’ll drop them, but I am enjoying comics more now than I have in years. Is everything that I read great? No, of course not. But some are. Thor is a perfect blend of myth and modern superhero storytelling. The situation is compelling, and we are concerned for the safety of the Thunder God as he battles a relentless and powerful foe. Flash is currently enjoying its best run in years and is one of the gems of the New 52. Each story arc is a compelling character drama, and the reader is shown what it means to be a hero and why Barry fights for Central City. Saga is an epic page-turner with a groundbreaking visual design that is ultimately a story about love and family. Avengers Arena is coming of age story woven into the complex tapestry of the Marvel Universe. How are any of these not good stories?  And I only mentioned some of the Image, Marvel, and DC works. If you take stock of the industry as a whole with Dark Horse, IDW, Fantagraphics, D&Q, and Humanoids there are several works which will appeal to even the most discerning of readers looking for good, intelligent stories.

And what if you aren’t looking for a good, intelligent story that tugs on your heart strings and waxes eloquently about the human condition? What if you just want a book that’s good and fun? A book can still have a great and well told story even if it doesn’t challenge the reader. Drama gets all the kudos at the Oscars but there is an art to crafting a well told story full of dick and fart jokes.

There is a general sense that the majority of comic books are sh*t but the reality is that the majority of books are good. A minority are trash, and a minority are great, but mostly comics are solid, entertaining reads. Publishing companies aren’t taping pencils to monkeys and telling them to draw for bananas, and there are a lot of hard working creative people that think long and hard about story structure and character progression before anything goes on a page.

If you approach comic books with outdated, preconceived notions that they are literary filth then you’ll probably get what you expect. If Inglorious Basterds is held aloft as the pinnacle of human creativity and a master blueprint for character motivation and storytelling then you will probably need to broaden your horizons a bit.