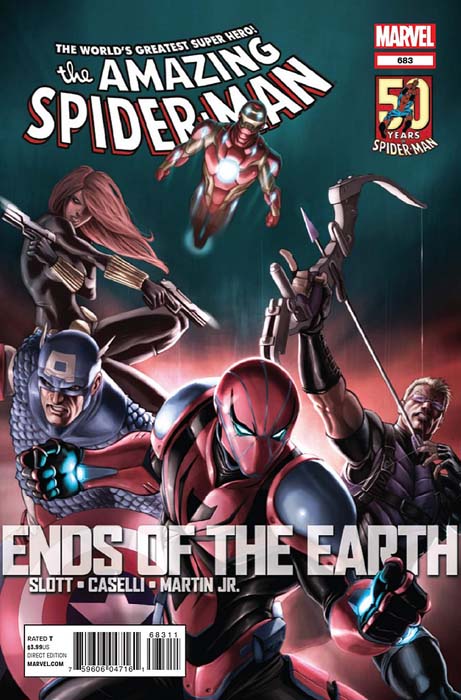 I have read a lot of Spider-Man comic books. Pretty much everything. I have definitely read every issue of Amazing Spider-Man and believe me when I say that we are currently seeing another golden age in the pages of ASM. Of course some big shot writers out there might point out that sales of the current series can’t compete with previous runs. This is a simplistic way of looking at things; sales don’t always have a causal relationship to the quality of the work. Spider-Man has seen its share of ups and downs over the years and, like many long-running series, the continuity became complex, incoherent, and borderline unworkable for the creative teams. And Dan Slott fixed that and made Spidey great again.

The JMS (Scottie say: J. Michael Straczynski, because Anthony thinks everyone in the work just knows) run had great sales, a lot of people really enjoyed it, but it actually wasn’t very good. The main crux was the concept that Spider-Man is a spider-totem and got his powers from a magic spider that just happened to die from the radioactivity. I know, seriously, that idea smells like a fart. But it stuck and the new characters of Ezekiel, Morlun, and some Wasp Women populated the series for issue after issue and got critical acclaim. These stories are not bad ideas; they just aren’t good ideas for Spider-Man.

So Spider-Man fights Morlun, finds out that Norman Osborn had kids with Gwen Stacy (more flatulent work), moves into the Avengers building with Mary Jane and Aunt May (who knows Peter is Spider-Man), dies and comes back to life with better spider-powers, gets his identity outed in Civil War, and dons the black costume (to signify his inner-goth-like-turmoil) when Aunt May gets shot. In short Spidey-continuity becomes pretty convoluted. And really, when stories become too convoluted what else can you do but have Peter make a deal with the devil in order to re-write continuity. Then once continuity is re-written you can bring back a major character whose death was a great issue (Harry Osborn), and destroy his marriage. Oh, and you should publish the comic book 3 times a month with a rotating creative team so the quality of the issues is all over the place. Then Marvel finally realizes that it should publish the book less often (now twice per month) and give the writing pen to a single person. Dan Slott.

Yes, Dan Slott was one of the writers on the thrice monthly Brand New Day, and there were a lot of good creators on these stories. The problem was with teams changing so often the series became pretty hit or miss. Now that Dan Slott has been given the reigns the positive aspects of using a singular vision shine through, and Amazing Spider-Man is quite possibly the best it has ever been. And why has Dan Slott succeeded where others have failed? He is a very talented writer, yes, but there are lots of talented writers. He succeeds because he is a very talented writer AND he respects and understands the character.

As I mentioned above the JMS stories were interesting ideas, but not good ideas for Spider-Man. Dan Slott has kept the important aspects of Spider-Man and updated the other aspects of his fifty year history that don’t quite make sense. You know what was a great job when you were 15 and needed extra money? Being a freelance photographer for a newspaper. What doesn’t make as much sense is when a genius-level intellect with membership to several super-hero teams can’t pay the rent and has to live on his aunt’s couch. So Peter’s new job as a scientist and inventor is so perfect a reader can barely imagine he ever had a different job. Dan Slott doesn’t (and would never) discount the work that has gone before him, but certain aspects of fifty years of backstory need to be updated once in a while. How the character got his powers does not. 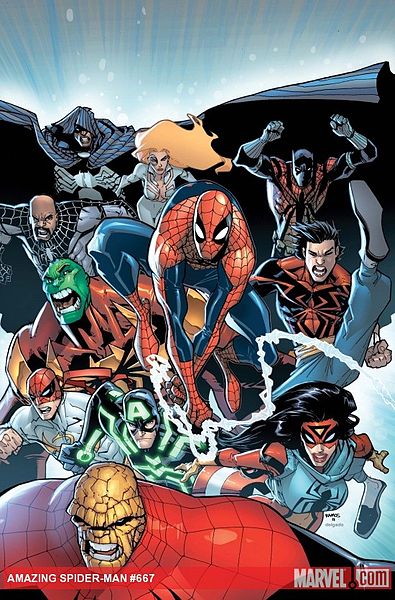 I also find that with Slott’s writing the fun has come back to the book. The wise-cracks are back, funny and nerdy scientists have been added to the cast, and Spider-Man’s integration into the superhero community at large has been woven into the book in a way that doesn’t seem forced. Any time the Avengers or FF appear the story is important to the progression of the character, and not some tacked on team-up to sell more books. In the middle of Fear Itself and the millions of cross-over books, Slott wrote this great little crossover called Spider-Island. It got less than a tenth of the hype Fear Itself received even though it was the superior story.

A note on the artists. There have been a series of fantastic artists on the book, and all have done great things with Dan’s scripts, but my favourite penciller on the book as of late is Humberto Ramos. Another creator who ‘gets’ the character, Ramos and Slott have created some of my favourite Spidey runs together and I hope that we get to see them work together more and more.

For those of you who already are Spider-Man fans you should definitely be following @DanSlott on twitter. Slott tweets frequently and it is a fascinating look into his creative process, thoughts on the industry, and love of comic books and Doctor Who. For those of you out there who are not Spidey fans or those who once were fans but left for any number of reasons, this is the perfect time to pick up this book again. The things about the book that made you drop it have been fixed, and after reading a few issues you will remember why you loved picking up Spider-Man in the first place.

Finally, I would encourage everyone to go search out a copy of Ren & Stimpy #6. You’ll see why once you read it. A masterpiece.