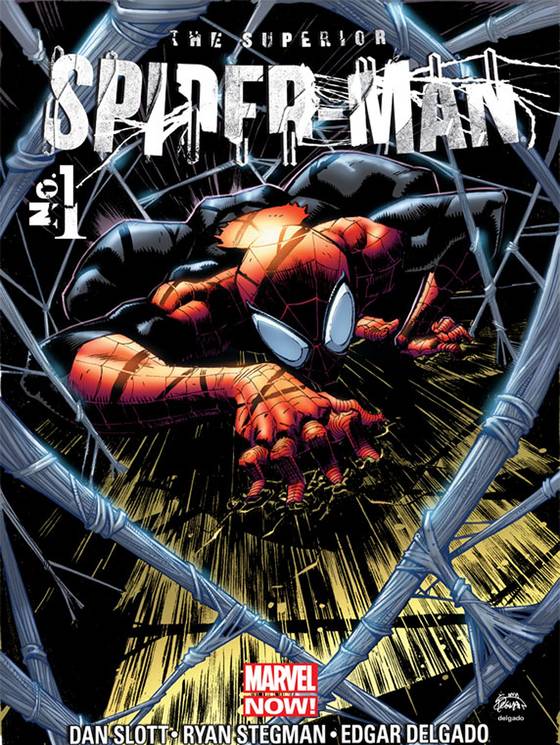 One of the biggest stories out of the New York Comic Con was some discussion on the new Spider-Man book. In December Amazing Spider-Man will end after 700 issues. It has already ended once before after 441 issues but it was replaced with a volume 2 that ran for 58 issues before reverting back to its original numbering at issue 500. So while I don’t believe that ASM will be gone from the shelves forever it does seem that for the first few months of 2013 there won’t be an Amazing Spider-Man. But there will be a Superior Spider-Man. And Spider-Man won’t be Peter Parker.

And that bit of news is the bombshell that broke the part of the internet that is filled with discussion about comic books. I wouldn’t be so gauche as to suggest that it broke the entire internet. I’m almost certain that the parts about cats or pornography were fine.

Dan Slott and Ryan Stegman, writer and artist respectively, have received a barrage of hate filled comments on twitter: some of it tongue in cheek, some of it completely serious, from impassioned fans wanting to know why the Spider-Man they new and loved has been replaced.

I can understand not being too happy with the changes. Superior Spider-Man is an awful name and the concept of Peter Parker not being Spider-Man does seem strange, but remember it has worked before. Despite what anyone tells you Spider-Man 2099 (Miguel O’Hara) and the current Ultimate Spider-Man (Miles Morales) were and are excellent characters that are not Peter Parker. Further to this, it has been hinted at that Superior Spider-Man is Miguel O’Hara (note the fingers spiking into the wall above). Now all of this might sound like a bad idea but here are some other bad sounding ideas: Bucky didn’t die and he is actually a Russian super-assassin, or Daredevil becoming a ninja master instead of gymnast, or Batman creating a world-wide Batman corporation, or the Swamp Thing not being Alec Holland but some elemental that thinks he’s Alec Holland. The point I’m trying to make is that sometimes a idea sounds awful at first but we end up getting really great stories out of it.

That doesn’t mean that Superior Spider-Man will be great, but it does mean that we should give the man who has given Spider-Man some great adventures over the last couple of years the benefit of the doubt and wait until the first issue comes out.

I don’t really think that much needs to be said of the death threats (it is a fictional character people) but the outburst of dissatisfaction that such a plot twist would even be attempted is telling regarding the level of ownership fans believe they have over a character. To further demonstrate a lack of logic, many fans who have previously enjoyed Slott’s work now are swearing off the book, saying that they would never buy Superior Spider-Man.

The visceral response to Superior Spider-Man speaks volumes over fandom’s unrealistic expectations about characters. We want characters with 50 plus years of history to be relevant but unchanged, look the same as they did in the sixties but not be anachronistic, and most importantly we want every character we loved as children to be the exact superhero we enjoyed when we were 8. But everybody is 8 at a different time. So for some people the Ditko Spidey is Spider-Man, for others McFarlane, and for new readers the Ramos Spider-Man is the hero they know and love, others seem old and dated.

As fans we really only have two choices, either we need to accept reboots (because stories can’t go on the same forever) or we need to accept change. I’ve said it before and I will keep saying it: comic books are better now than they ever have been. We are in a golden age of the medium and someday people will look back and realize this. Even if for a brief moment Peter Parker wasn’t Spider-Man.