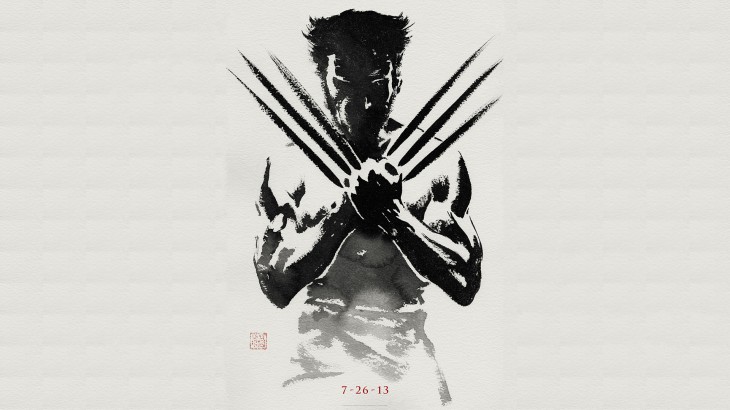 I am continually fascinated by Hollywood and the treatment of source material. Specifically, when a movie tries to “improve” upon source material and ends up failing in a spectacular fashion. I’ll preface this review by saying that there will be spoilers so those of you who have been avoiding the internet for adamantium-laced plot revelations should bookmark this page and return subsequent to your having viewed the film.

Hugh Jackman, as always, is perfect in the role, and with every movie release it is getting harder and harder to picture anyone else as Weapon X, even Dougray Scott. So any issues that I had with the film have nothing to do with his performance, or really the performance of any cast member. They all do an excellent job while saddled with bizarre plot choices and a non-sensical third act.

We are first treated to a nice history lesson where we learn that Wolverine survived the atomic bomb dropping in WWII and saved the life of a man named Yashada; this serves to set up some sort of life debt oath.  We then jump ahead to the present where Wolverine is living the life of a hermit in the Yukon, lamenting his decision to kill Jean Grey at the end of X-Men 3 (which possibly was subtitled the search for Curly’s gold, I can’t remember). The Canadian part of the movie uses a great sequence from the original Wolverine mini-series, and unfortunately is the last time where they borrow a good idea faithfully.

The basic premise of the movie is that Yashada is Mariko’s grandfather and wishes to repay Logan for saving his life by taking away his healing power and granting him mortality. Of course we need to ignore the fact that Wolverine doesn’t remember anything pre X-Men 1 so shouldn’t even recognize Yashada, but hey, what is continuity in a comic book movie? Anyway, Yashada dies and Logan saves Mariko from Yakuza gangsters at his funeral. Love develops.

While I am being a bit picky, I would say that the first two acts of the movie are quite strong, especially the scenes with Wolverine and Mariko. We see their affection for each other grow and the most effective parts of the script are the quiet moments where we begin to see the Wolverine move from being animal to being a man. This is why the Mariko arc in the comics worked so well, and why the ending was so tragic. We want Wolverine to be happy.

Unfortunately in the final act the movie goes completely off the rails. Why would you have a scene where Wolverine fights a million ninjas and doesn’t kill them all? You are doing something wrong if the Wolverine vs Ninjas scene in your movie is boring. The ending also includes a very complicated plot by Viper and Yashada (who is alive and in a giant Silver Samurai robot suit) that I’m not sure even they understand. They might have been making it up as they go.

But basically we learn that Wolverine’s healing factor is in his bone marrow (or something) and that Robot Silver Samurai needs to use its Adamantium fire sword to cut off Wolverines claws so he can use drill hands to extract the healing factor. I really wish that I was making all that up.

The characters of Shingen, the Silver Samurai, and Viper are all in the movie, but they are…wrong. I don’t require a perfect panel by panel recreation of comic books, but making Viper a weird snake lady for absolutely no reason does nothing to improve on the original. And making the Silver Samurai a weird mech suit instead of a person makes me think that no one writing the movie has ever read a Wolverine comic. I would guess that stupid choices were made to sell toys but there aren’t really many of those.

As an aside, I feel pretty lucky that I live in a city large enough that I had the choice of viewing the movie in regular 2D. By all accounts the 3D is an awful, tacked on mess and anyone involved in the painfully obvious money-grab should be ashamed.

All of this being said I did enjoy the movie: I’m just disappointed that it could have been so much better. It is almost as if the last half hour of the movie were directed by someone else. All the elements were there but the final execution is so lacking that I would think that anyone unfamiliar with superhero tropes will be left scratching their heads. The Wolverine is another movie in a long, long list of movies where the powers-that-be inexplicably ignore the fantastic source material that made the property a hit in the first place.

Finally, and I know this must have been mentioned in several reviews, but is there anyone out there who doesn’t know to stay at a Marvel movie for a post credits scene? Some people still left before what is arguable the best “secret” scene Marvel has ever done. It makes me want to see Days of Future Past right now.

# Days of Future Past# Hugh Jackman# Marvel# The Wolverine# Wolverine