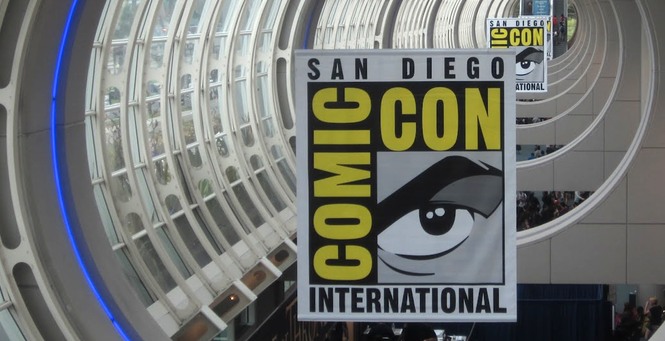 So another San Diego Comic Con has come and gone and as usual there were a myriad of announcements that hopefully will whet the appetites of potential customers everywhere. Here are some things that I am interested in seeing.

Superman Batman Movie. Okay, so I didn’t like Man of Steel, but I have hopes (I wouldn’t say high) for a silver screen blockbuster with Batman and Superman. Carrying on the fine tradition of World’s Finest, the two heroes are the most recognizable superheroes in the world, and seeing them meet, be at odds, and then work together to fight a common foe (which I hope will be Lex Luthor and the League of Shadows). It should be fun, wonderful summer fare.

Avenger 2: Age of Ultron. Ultron is a fantastic villain and one of the few that can legitimately give the entire Avengers team a run for its money. Name aside, it won’t be taking much from the mini-series (which is a good thing) and the evil robots vs people thing always makes for a solid story. Ultron was Skynet way before Arnold came on the scene.

Guardians of the Galaxy. The casting news for this flick was crazy! I have always been a fan of Marvel’s cosmic stories but I would never have believed you if five years ago  you told me that the film-going public would know who The Collector, Nebula, and Ronan are.

JRJR on Superman. This was just a tiny bit of news that got me very excited. There is a chance that John Romita Jr will write and draw Superman. He has never worked on the character and his style would be perfect. I can’t wait to see this come to fruition.

Scooby Doo Meets Batman and Robin. The big two companies should have way more kids comics than they currently produce. They both have access to great properties are there is simply no excuse for the lack of diverse, all-ages products. Fans of the old Scooby-Doo cartoon will remember that the Dynamic Duo teamed up with Mystery Inc on quite a few occasions to  foil the nefarious plots of the Joker and the Penguin. And yes, it was just as awesome as it sounds.

Hellboy Artist’s Edition. Artist Editions FTW. IDW has basically cornered the marked on brilliant collector pieces, and getting a chance to see Mignola’s original pages in all their full size glory is impossible to pass up.

Velvet. Ed Brubaker and Steve Epting together on their own hard hitting espionage story? Completely amazing and I can’t wait to purchase the hardcover collectors edition that will inevitably follow.

What did strike me this year was how little actual comic book news there was. Mostly it was all about movies, television shows, and video game announcements. I feel that a lot of comic book companies don’t make big announcement about new series or story lines because they would get drowned out by the fanboy screams of a Superman Batman movie.